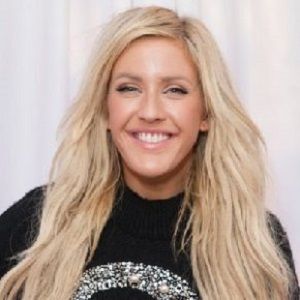 I feel more confident if my makeup looks good

My favourite people to follow on Twitter are... my fans. They make me laugh so much and keep me smiling

I'm obsessed with the countryside: woods, forests, fields, lakes, mountains. I'm really into folk music and folklore. But more so I'm into electronic music. I'm into bands that have both aspects, like Boards of Canada is a perfect example. You could listen to that type of music running through a woods. It's kind of what I wanted to achieve.

Ellie Goulding is an unmarried woman till now. She has been in a number of relationships in her life. In 2009, she began dating the English TV presenter Greg James. The couple stayed together for almost two years. They broke up in 2011. After that, she dated the popular British actor from early 2012 to 2013. After that, she dated the Irish singer-songwriter and One Direction band member Niall Horan for few months in 2013. She has also been in a relationship with the British singer Ed Sheeran. After that, she dated Dougie Poynter, a musician from 2013 to 2016. She also dated the English singer Luke Friend in her past. She is currently in a relationship with Bobby Rich, a British martial artist. Ellie and Booby are together since November 2016. The couple is often seen together in public and they seem to be very happy in their relationship.

Who is Ellie Goulding?

Ellie Goulding is an English singer, songwriter, and record producer. She is popular for her debut album Lights, which reached #1 on the UK charts. She won the Critics’ Choice BRIT Award in 2010. In 2015, she was nominated for Grammy Awards for the first time for her single “Love Me as You Do“.

Ellie Goulding was born as Elena Jane Goulding on 30 December 1986, in Hereford, Herefordshire, England, UK. Goulding’s nationality is British and she is of English ethnicity.

She is the second of four children of Arthur Goulding and Tracy Goulding. She has a brother and two sisters. She was raised in Lyonshall, a small village near Kington, Herefordshire. When she was five, her parents separated. When she was nine, she began playing the clarinet. Ellie began learning guitar at the age of 15.

Ellie signed to Polydor Records in July 2009. She released her first single, “Under the Sheets” with the independent label Neon Gold Records. She won the Critics’ Choice Award at the 2010 Brit Awards and the BBC Sound of 2010 and became the second artist to win both in the same year.

Her debut album Lights reached #1 on the UK charts which were released in March 2010. Her second studio album, Halcyon was released in October 2012. Her solo single “Burn” became her first UK number-one single. At the 2014 Brit Awards, she received the award for British Female Solo Artist. Goulding released her third studio album titled Delirium, on 6 November 2015, with “On My Mind” as the album’s lead single.

In December 2015, she received her first Grammy Award nomination for Best Pop Solo Performance for her single “Love Me As You Do”.

Ellie Goulding: Salary and Net Worth

Ellie Goulding has a height of 5 feet 5 inches. Her body weighs 56kg. Furthermore, he has blonde hair and blue eyes. Besides these facts, her body figure measures the size of 35-26-35. Additionally, her bra size is 32c, shoe size is 8.5 US and dres’ size is 6 US.