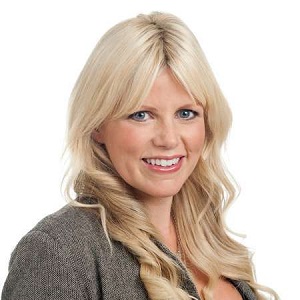 Reflecting on a personal life of Ellie Harrison, she is a married woman. She is married to Doctor Matthew Goodman in 2005 and has been blessed with two daughters and a son. She is living a happy life with his family members in Gloucestershire.

Previously, she was also in a relationship with Nathan Hutchings in her college days. There isn’t information about him being in other romantic relationship that we know of. Her personal life isn’t in the limelight as his career path is. She is successfully keeping her personal life far from the tabloids. Being a celebrity and lack of much information, her fans are curious to know more about her.

Who is Ellie Harrison?

Beautiful and gorgeous Ellie Harrison is an English journalist and television presenter. She is best known for the shows like Countryfile, Country Tracks, Daily Planet on the Discovery Channel, and The One Show on the BBC.

The daughter of a carpenter father, Ellie Harrison was born and raised in Gloucestershire, England. She was born on 17 November 1977 and named as Eleanor Harrison. She is of English ethnicity and has a British nationality.

Harrison studied at Sir William Romney’s School, Tetbury and graduated with BA in Ecology and Geography from King’s College, London in 2000. She initially wanted to pursue a career as a country singer but she developed an interest in wildlife. She stands 1.65 m tall and she has a blue eye color.

Talking about the career journey of Ellie Harrison, before she rose to fame she worked as a secretary at Channel 5. Her career took on a successful path when she started presenting Michaela’s Wild Challenge for over a year and at that time the show won a children’s BAFTA.

She got to work in the show as a fill-in for Michaela Strachan’s maternity leave. She was offered to be the host of the children’s show Milkshake! which she turned down. Then after she started appearing in the numerous shows in BBC, ITV, Channel 4, Channel 5 and the Discovery Channel.

In 2014, she took over as president of the Gloucestershire Wildlife Trust from Sir Henry Elwes. In 2015, she co-presented Secret Britain on BBC One and presented Dinosaur Britain for ITV. In 2016, she also presented Britain’s Sharks and Britain’s Whales for ITV in 2016.

Harrison has presented on various TV shows including Countryfile, Country Tracks, The Great British Winter and The One Show for the BBC, and Daily Planet for the Discovery Channel. Her success in career path has paid her well financially.

On 8 January 2017, she presented The Glasgow Effect: A talk by Ellie Harrison at Glasgow Film Theatre. She is providing various financial supports and volunteering in the awareness for the protection of wildlife and adventure. Her net worth varies depending on various sources so for now, we can say that her net worth has grown significantly.

She was criticized for her wild side in the show Countryfile.

She has a height of 5 feet 4 inches. Her hair color is blonde and her eye color is blue. Her weight, dress size, shoe size, etc. are unknown.