Ellie Kendrick is currently single. Also, she has not been linked with any other person in her life. She is currently focused on her career and she might not be interested in spending her time on being in a relationship. 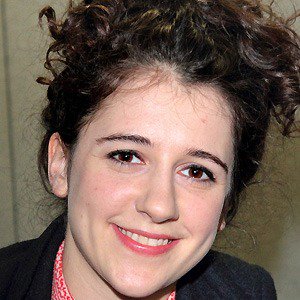 It was fantastic returning to 'Being Human'. When I got cast in the role, at first I just thought it was for one episode, and the fans were really great about it, and it was really nice having that reaction.

My parents are big Shakespeare fans.

I was really attracted to doing 'Game of Thrones' because I thought the character of Meera was absolutely amazing.

Who is Ellie Kendrick?

Ellie Kendrick is a famous English actress. She is best known for her role as Anne Frank in BBC’s 2009 miniseries ‘The Diary of Anne Frank’. She is also widely recognized for her role as Ivy Morris in ‘Upstairs Downstairs’ and as Meera Reed in ‘Game of Thrones’.

She was born on June 8, 1990, in London, England. Her birth name is Eleanor Lucy V. Kendrick and she is currently 28 years old. The talented actress has not disclosed information regarding her parents, and childhood. According to some online source, her father is a law officer and mother is involved in several jobs including law and advertising.

As per the siblings, she is the only child of her parents. Ellie holds British citizenship but her ethnicity is unknown.

She joined Benenden School in Kent and became the active member of National Youth Theater. Later, she enrolled at the University of Cambridge to study English in October 2009.

She was nominated for Satellite Award in the category Best Actress in a Miniseries or Motion Picture Made for Television for ‘The Diary of Anne Frank’ in 2010.

She has an estimated net worth of around $500k (as per 2022 data) and she has earned that sum of money from her professional career. She has been steadily climbing towards success and her net worth is expected to rise in the future.

Love Life Alert! Though Not Married Is Gemma Whelan Dating Someone? Fans Wants To Know More About The ‘Game Of Thrones’ Star Who Plays The Role Of Lesbian On The Show