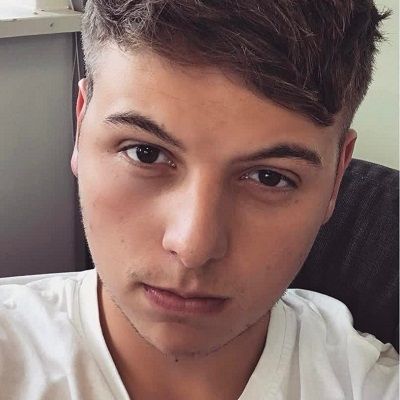 Who is Elliot Giles?

Elliot Giles is an American social media personality. He is popular for his prank videos along with another YouTube Ben Phillips.

His father’s, mother’s, and siblings’ is not disclosed.

Elliot first started to upload his videos on Vine in Oct 2014. He then teamed up with Ben Phillips to create more hilarious prank videos.

His first Vine video was uploaded was titled Boys these days find anything hot with a pulse!

He is a Youtube star and has two YouTube channels. His first channel’s name is Elliot Giles, which is subscribed by more than 129k subscribers. This channel was started on Sep 29, 2013.

His most popular prank videos are Ben Phillips Pranks – Pimples Prank and Hot Chocolate PRANK. These videos have views in million.

Elliot’s second YouTube channel was created on No 16, 2015. This channel suppressed his first channel in subscribers. It has more than 664k subscribers until now.

Talking about the earnings of this prankster, he has an estimated net worth of $500 thousand US.

From his second YouTube channel, his estimated yearly earning is around $1.7K – $26.7K US.

Talking about Elliot Giles’s body features, he has light brown eyes and light brown hair. His height and body weight is average.

He joined Twitter elliotgilesuk in Sep 2014 and has around 225k followers. He has tweeted for more than 1.7k times.