Who is Elliot Tebele Married to?

Elliot Tebele has a beautiful wife named, Jessica Anteby an Instagram star. They got married in October 2015.

They are parents to a daughter named, Colette. He seems to be happily living with his wife and daughter.

There is no info regarding his past relationships. 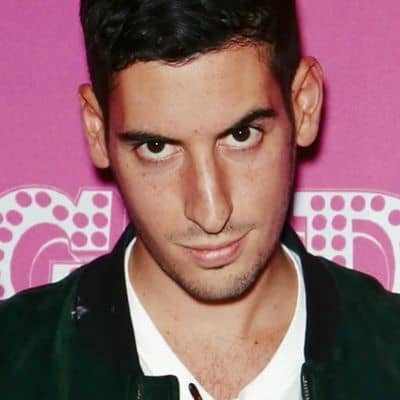 He is the owner of Jerry Media and Jerry News and founder of the unbelievably popular party card game, ‘What Do  You Meme?’ He is also the owner of Jaja Tequila, a Tequila company.

Elliot Tebele was born in Brooklyn, New York, U.S. on 25 February 1991. Tebele is 31 years old as of 2022 and holds an American nationality. He belongs to ethnicity and as per the horoscope, Pisces is his birth zodiac sign.

Talking about his educational background, he went to York Preparatory School in New York City and then, attended Hunter College based in New York City. Later, he dropped out in his second year of college.

There is no further info about his parents and siblings of Elliot Tebele.

During his early career, Elliot Tebele worked at his brother’s cell phone resale business. Similarly, he is active on Instagram since 2011 with the username, @fuckjerry.

Being a fan of a famous sitcom, ‘Seinfield’ he kept his account name being inspired by it. He is found sharing and posting relatable and hilarious memes.

Celebrities like Kim Kardashian, Madonna, and Joe Jonas also followed him. He also has the next Instagram account where he shares and posts his personal daily life pictures.

Moreover, he is the owner of JaJa Tequila, a Tequila company.

As an actor and producer also, he has worked in several movies like ‘Cheerleader’ in 2016, ‘Frat Star’ in 2017, and ‘Feyre’ the 2019 documentary, and so on. Known magazines like Business Insider and Cosmopolitan have featured him.

As per Celebrity Ner Worth, the net worth of Elliot Tebele is estimated to be around 10 million USD. Tebele has not revealed his salary and income.

Elliot Tebele has not been part of any rumors and controversies up to date as he is able to maintain a clean profile.

There is no info about the body measurements of Elliot Tebele including his height and weight.

Though, Elliot Tebele has a fair complexion with a couple of black eyes and hair of the same color.

It has more than 16.5 million followers.

But, Tebele does not seem to be active on Facebook.