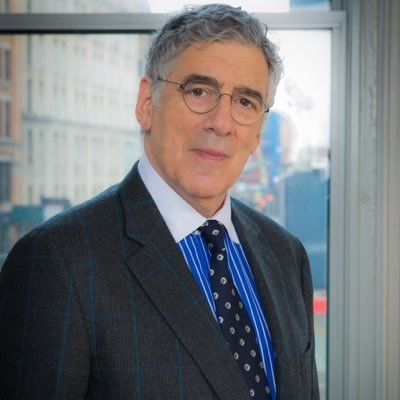 My greatest fear is to be misunderstood

I was changing a light bulb over Groucho Marx's bed, so I took my shoes off, got on his bed and changed the bulb. When I got off the bed he said: 'That's the best acting you've ever done.'

Gould’s first marriage was with actress Barbra Streisand. This marriage lasted from March 21, 1963, to July 9, 1971. The pair had a son together, Jason Gould who became an actor, director, producer, singer, and writer.

Moreover, he was married to Jennifer Bogart twice. Firstly, they got married on December 8, 1973. Unfortunately, they divorced in 1975. Again, on June 9, 1978, they tied the knot. However, this lasted only until 1979. The couple had two children together, namely Molly and Samuel.
Currently, the actor is single.

Who is Elliott Gould?

Elliott Gould is an American actor. He is popular for his performance in movies like ‘Bob & Carol & Ted & Alice,’ ‘MASH,’ and ‘California Split.’ Furthermore, he is also famous for his recurring role as ‘Jack Geller’ in the popular sitcom ‘Friends’.

Elliott was born on August 29, 1938, in  Bensonhurst, Brooklyn, New York. Currently, the actor is 80 years old. He is the son of mother Lucille Raver and father Bernard Goldstein. There is currently no information regarding his siblings. He is of Jewish ethnicity. In addition, his nationality is American.

Talking about his education, Elliott Gould is a graduate of Professional Children’s School.

Gould’s film debut came in 1964’s Quick, Let’s Get Married. However, Gould’s portrayal of Trapper John in Robert Altman’s MASH (1970) marked the starting of the most successful period of his acting career. This period was highlighted by roles such as Philip Marlowe in Altman’s The Long Goodbye (1973) and Robert Caulfield in Capricorn One(1977).

On TV, Gould has the distinction of hosting Saturday Night Live (1975) six times. Furthermore, he helmed E/R (1984), a situation comedy which was about a divorced physician working in an emergency room. Moreover, he also co-starred in the series Nothing Is Easy (1986) about a pair raising an adopted Chinese boy.

Gould appeared regularly on TV and in movies throughout the 1980s and the 1990s. This included cameos in The Muppet Movie (1979) and The Muppets Take Manhattan (1984). However, his most prominent recent TV role was a recurring role on world-famous American sitcom Friends (1994). On Friends, he played Monica and Ross Geller’s father, Jack Geller. Recently, he dubbed the character of Mr. Stoppable on the Disney Channel animated series Kim Possible in 2002. Furthermore, he has also made a noteworthy appearance in American History X (1998).

Elliott Gould had an illustrious career in which he won several awards and nominations to his name. In 1971, he won the Laurel Award for the Best Comedy Performance for MASH. Similarly, in 2009, he won the Israel Film Festival’s Lifetime Award.

In addition to his awards, he has also won several nominations including an Oscar nomination for the Best Actor in a Supporting Role. Furthermore, he also received nominations for Golden Globes Awards, BAFTA Awards, MTV Movie Awards, and so on.

Gould is worth around $10 million. However, his salary remains under review. His primary source of income is acting.

Elliott is a tall man with a height of around 6 feet 3 inches. Additionally, he weighs around 85 kg. Furthermore, he has salt and pepper hair and brown colored eyes.

You may also like to read about the age, bio, career, net worth of  Wes Brown (actor), David Schwimmer, Matthew Perry.