‘Morwenna Chynoweth’ in the BBC adaptation of Poldark, performed in the TV series, New Blood and The Last Dragonslayer.

Her favorite movie is Eighth Grade, released in 2018.

Also, she has a pet cat with whom she loves spending time. 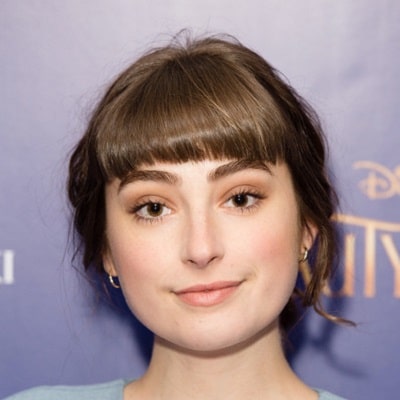 Who is Ellise Chappell?

Ellise Chappell is an English actress. Ellise is best known for her role as ‘Morwenna Chynoweth’ in the BBC adaptation of Poldark.

She is also famous for her performances in the TV series, New Blood and The Last Dragonslayer.

Recently, she appeared as ‘Lucy’ in the film, Yesterday.

She grew up with an older brother.

However, she later decided to switch and graduated from the University of Exeter, located in Exeter, Devon, South West England, in 2014 with honors in Bachelor’s Degree in Drama.

In 2015, she was part of the National Youth Theatre REP Company. She appeared in Wuthering Heights by Emily Brontë.

Likewise, she appeared on The Merchant of Venice by William Shakespeare and Consensual by Evan Place.

She depicted the role of Jennifer Strange in the 2016 Sky TV series adaptation of The Last Dragonslayer. Furthermore, she appeared as Wendy Roberts in Anthony Horowitz’s BBC TV series New Blood.

Also, she is will be seen as Morwenna Chynoweth in the BBC series Poldark since its third season.

She was on the cover of Fabric Magazine‘s June 2019 issue.

Recently, she appeared as Lucy in the 2019 film Yesterday.

Ellise Chappell is a brunette with light brown eyes. She has a height of 5 ft. 5 inches and weighs 50 kg.

You may also know about net worth, body measurements, the career of Hugh McDonald, Adam Granduciel, Jon Bon Jovi.