Elly Kim Hong who is famous as Elly Tran Ha is a model and actress by profession. She is married and is the mother of two kids.

It is known from sources that beautiful Vietnamese model Elly Tran Ho is married. However, she has not revealed the name of her husband. She has shared the picture of her marriage in her Instagram account. They married on 8th May 2017. They dated for a years before getting married.

Similarly, she has two children with him. She has a girl and a boy. They are a happy couple and are living together. There is no news of their divorce and conflict in their marriage. 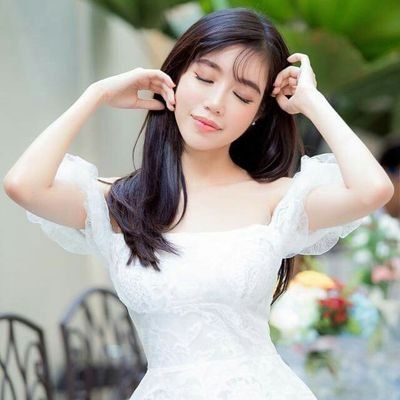 Who is Elly Tran Ha?

Elly Kim Hong who is famous as Elly Tran Ha is a model and actress by profession. She is popular after her scandalous bikini-clad photos that circulated the internet. Similarly, she is known as Bad Girl of Vietnamese Show Biz and appeared in many Asian films like Ghost School, pearls and Upstream Aspirations.

Elly Tran Ha was born on 6th of August 1987 in Ho Chi Minh City, Vietnam. Her name was Nguyen Kim Hong. When it comes to family life she is private and has not shared the name of her parents and siblings. Similarly, it is known that she and her family relocated to the United States when she was a child.

Likewise, she is an American citizen and belongs to Vietnamese descent.

Talking about her education, there is no information about the school and college she went to. But she focused solely on her studies and has graduated.

After graduation, Elly wanted to study acting. But her parents were against it and she was forced to attend the Tourism Department, where her father worked. In her teen years, she moved to Vietnam where the entertainment business was stormed by singer Thuy Top who was similar to her in context to bodily features. She was inspired by the singer and she started uploading her pictures on social media which became popular.

By the year 2013, she was the most searched name in South Korea, due to which she was offered several modeling contracts, making her a popular model in Asia. Not only modeling, but she has also done several acting works. Similarly, her debut was with That Sounds Good, a Thai film released in the year 2010. As she was the lead role in the film Ghost at School (2011), where she played the role of Nana Ly.

Likewise, from her major debut, she was offered several other films in the year 2012 like Blue Daisies, Single Girls Make a Mother and Kitchen Lady. Although, from the year 2012 she has not been seen in any major movies. But she was in Indonesia in the year 2012 for the launch of the game named RAN Return.

She was awarded the Golden Kite Award in the category of Best Actress. Other than that there is no information about her awards.

The beautiful and talented model Elly has an estimated net worth of $1 million as of 2022. She has achieved huge success when it comes to her modeling career. Similarly, she has acted in a number of movies.

So she might earn a huge amount of money. But there is hardly any information about her salary and incomes.

There is no big rumors and controversy of Elly. She is successful in keeping her life away from controversies yet doing her best to make her career shine.

Elly Tran Ha has a height of 5 feet 6 inches and her weight is 47 Kg. She has an attractive body and she has both black hair and eyes color.

Kelly Brook has shrunk remarkably as she undergoes weight reduction and body transformation!