Who is Elsa Hosk dating?

Elsa Hosk is dating a British businessman Tom Daly,34 since 2015. Together they are blessed with daughter Tuulikki Joan Daly in February 2021.

In their 7 years of togetherness, each of them is growing beautifully and seems in much love but are not married yet. 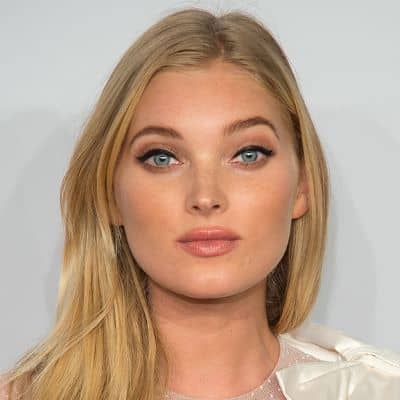 Who is Elsa Hosk?

She was born Elsa Anna Sofie Hosk on 7 November 1988. The 33-year-old former Victoria’s Secret Angel hailed from Stockholm, Sweden, Swedish by nationality, and has Swedish-Finnish ethnicity. According to astrologers, Hosk represents the Scorpio zodiac.

Hosk has a Swedish father Pål while her mother Marja is Finnish. In her family, she has two brothers while her immediate cousin, Alice Herbst, was titled Sweden’s Next Top Model in 2012.

Regarding education, Hosk studied in Enskilda Gymnasiet, an independent secondary school where she played basketball. She wanted to become an NBA player but ended up having a successful modeling career.

Talking significantly about the International model Elsa Hosk, she started her career at the age 0f 14. Her father wanted her to model thus, he had already submitted her pictures to the agency when she was 13.

Most noteworthy, she wore the Dream Angels Fantasy Bra on November 8, 2018. It was worth US$1 million, designed by Atelier Swarovski hand-set with 2,100 self-created diamonds for the 2018 Victoria’s Secret Fashion Show.

Some of her collaborations are with Alberta Ferretti, Blumarine, Max Mara, Dolce&Gabbana, Escada, Etro, Carolina Herrera, and Jeremy Scott. She was also featured in the 2017 music video titled, 2U” feat. Justin Bieber (Victoria’s Secret Version).

The estimated net worth of the Swedish model is $ 10 million as of 2022. Further, Hosk earns a salary of thousand dollars maybe even a million which is not transparent yet.

Often there are rumors and controversies relating to the nose of Elsa Hosk. Though she has not done any cosmetic surgeries on her nose she is accused of one.

In her defense, she claims she has a Finnish nose like that of her nose which made her insecure in the past but not today. Besides, Elsa Hosk disclosed she was once entrapped in her late teens in a candid Instagram Q&A.