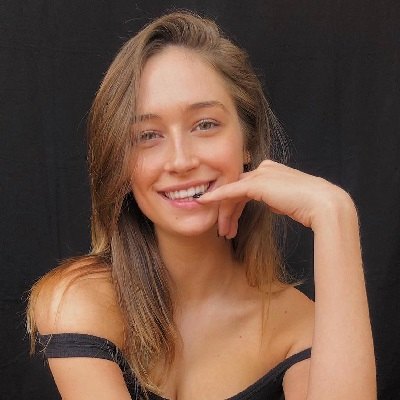 Previously, she was in a relationship with the actor, Ryan Phillippe. They started dating back in 2017.

However, the relationship ended with a nasty court fight where Elsie filed a lawsuit accusing domestic violence against Ryan.

Who is Elsie Hewitt?

British Elsie Hewitt is a model and actress. She is renowned for posing for the Playmate Magazine.

Last, in 2020, she appeared in the TV series, Dave. Next, she will appear in the movie, Teenage Badass.

Elsie Hewitt was born on the 5th of March 1996 in London, England. Her birth name is Elsie Rose Hewitt. She is of British-Scottish-Welsh ethnicity.

Till the date, she has not disclosed any details about her mother and father. At the age of 10, she moved to Los Angeles with her parents. She has a younger sister, Dora.

Elsie Hewitt started her career as a model at the age of 18. She first came into limelight when she started working with the LA Based modeling house, Wilhelmina.

Moving forward, she posed for the glamour magazine, Playboy. Back in June 2017, she was named as the Playmate of the month.  Later, she appeared in the 2018 Spring/Summer Guess Campaign.

Besides modeling, she has made a significant appearance in the TV series. In 2013, she first appeared in the video, Underwater as Alise. After that, she featured the TV series like Turnt, Group, and Dave.

Apart from that, she makes in the range of $19k to $210k as an actress. Besides that, she also earns through brand endorsements too.

Back in 2017, she created headlines when she filed the lawsuit to the actor, Ryan Phillippe for domestic violence worth $1 million. She accused that her for kicking, punching, and throwing her down the stairs after they had an argument.

However, Ryan denies all the allegations stating that all of the stories are false and fabricated. Also, he mentioned that all the fabricated stories are an unjustified way to extort the money for her modeling career.

Elsie Hewitt is a brown-eyed brunette. She stands at a height of 5 feet 9 inches and weighs around 63 kg. Her body measurements are 32-24-36 inches.