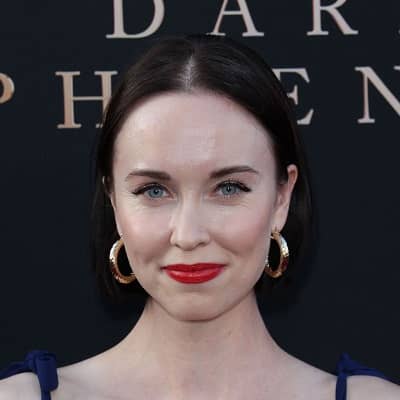 Elyse is currently in a relationship with her boyfriend Maximilien Seweryn.

Seweryn is also an actor, and judging by his Instagram, he and Elyse seem to share a passion for traveling.

The two started dating in 2018 but have not revealed much else about their relationship.

Who is Elyse Levesque?

Elyse Levesque is a popular Canadian actress. She is well known for her portrayal of the witch Genevieve in The Originals and as Chloe Armstrong in Stargate Universe.

Elyse Marie Levesque was born on the 10th of September, 1985 in Regina, Saskatchewan, Canada. As of now, her age is 35. Her nationality is Canadian and her ethnicity is Caucasian.

Talking about her parents, Elyse’s mother’s name is Hally Levesque. She has also shared a handful of photos featuring her mother on social media.

But Elyse has not revealed any information regarding her father or any possible siblings as of now. Elyse was passionate about acting from a young age and began acting at the young age of 11.

Elyse graduated high school from a local school in Canada. And later, she joined Skidmore College to study Fine Arts.

Elyse joined the acting industry at the age of 11 through a repertory company of young actors. She also did a lot of commercial work starting out. Eventually, she landed the role of Dr. Maxine Rich on the children’s series 2030 CE. Then after high school, Elyse traveled for 2 years to Taiwan, Japan, Italy, Spain, and France, where she worked as a model. And after returning to Canada and finishing college, Elyse joined several acting classes and focused on acting more seriously.

She played a number of small roles in TV shows such as Masters of Horror, Flash Gordon, and Smallville in the following years. Elyse also acted in a number of movies but none of them were very popular. But soon enough in 2009, she gained a lot of popularity for portraying Chloe Armstrong in Stargate Universe. Then in 2014, she exploded into the mainstream for portraying the witch Genevieve in the first season of The Vampire Diaries spin-off titled The Originals.  After that, she has also played a recurring role in Orphan Black and appeared in an episode of Magnum P.I.

Elyse has not won any major awards for her acting as of now. But she was very close in 2018 when she was nominated for Best Actress in that year’s UBCP Award.

Elyse stands at a height of 5 feet 9 inches and her weight is roughly 55 kilograms. She is blessed with gorgeous looks and she has a slim figure with body measurements of 29-22-33 inches. Her hair is naturally auburn in color and her eyes are blue.

Get to know more about the lives of Martin Cummins and Meghan Ory.