Elysia Rotaru is a well-recognized Canadian actress. She is mother of Nova Reign Wiliams.

Talking about her relationship, Elysia Rotaru is happily living a married life with her long-term partner, Ryan Williams. Ryan is an actor, a model, and a golf enthusiast.

The couple tied the knot on 10 November 2018. The couple welcomed their first baby named Nova Reign Wiliams on 27 July 2021. Elysia has posted their happy moments on her Instagram. They live without any controversy in California. 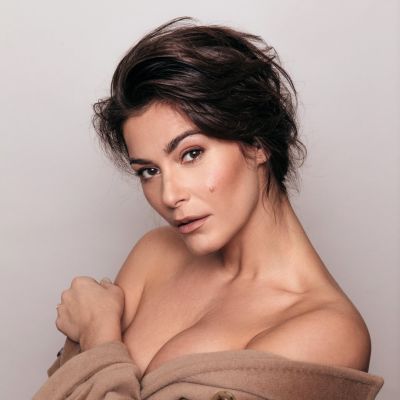 Who is Elysia Rotaru?

Elysia Rotaru is a well-recognized Canadian actress and voice actress. Rotaru is widely famed for her role as Taiana Venediktov in Arrow.

Elysia Rotaru was born on 9 November 1984. At present, her age is 36 years old. Likewise, her birthplace is Vancouver, British Columbia, Canada.

Not much is known about her father and mother’s details, Elysia has been secretive towards her family details Moreover, she has a sister named Elyda.

Talking about her nationality, Rotaru holds a Canadian identity whereas her ethnicity is Romanian.

Regarding education, the star studied at Simon Fraser University for a career in psychology. Later, in the middle of the program, she changed her program to theater, receiving a degree in Fine Arts with a specialty in Theater. Rotaru also studied traditional Chinese medicine.

Professionally, Rotaru made her acting debut in 2008 as a guest star on an episode of the USA Network series, Psych, this was followed by appearances in television series like Eureka of SyFy and Smallville and Supernatural on The CW.

Two years later, Elysia was given a recurring role in Hellcats, where she played Betsy. She also featured in the film, Diary of a Wimpy Kid: Rodrick Rules where she played Ingrid. Likewise, she performed as a guest star on Motive, a television series broadcast on ABC and on The CW’s iZombie.

Some of her important roles in movies are: –

A famed Canadian star, Elysia has earned a handsome amount of money from her profession. She has been active in her profession from the year 2006 till the present.

It is reported that Elysia Rotaru has an estimated net worth of $500k-$1 million. She lives a lavish lifestyle along with her family.

Elysia has never been part of any controversial matter or rumors till now. The actress has been preoccupied with her professional and private life.

It seems that Rotaru prefers enjoying her personal life and does not want to merge it with her professional life.

36 years old star, Elysia has beautiful looks and an admirable personality. She stands at a height of 5feet 9inches. Also, she has a balanced bodyweight of 62 kg.

Furthermore, Rotaru has dark brown eyes whereas her hair is dark brown. Her body measurement is 36-25-37(chest-waist-hip) respectively.

Regarding her social media presence, Elysia Rotaru is an active personality on social media. Elysia has more than 341k followers on her official Instagram account @elysiarotaru.

She is also active on Twitter with around 8.5k followers.

Moreover, Rotaru is also available on Facebook with nearly 6.3k fans and supporters.