Emer Kenny is an English actress and screenwriter. She initially came to national attention as Zsa Zsa Carter in EastEnders. She is a married woman. 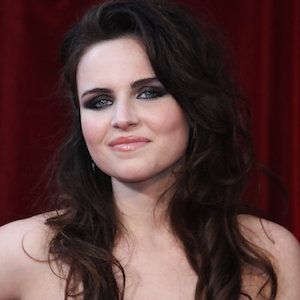 Emer Kenny married her boyfriend of five years, Rick Edwards at Kew Gardens in London, on May 28, 2016. Her husband is a TV presenter.

During the marriage ceremony, she wore a strapless, ivory gown. Rick Edwards is a TV presenter.

Their good friend Alexa Chung was in attendance. The couple is currently living a happily married life, with no news or reports regarding any kind of misunderstanding between them, in the mainstream media to date.

Who is Emer Kenny?

Emer Kenny is an English actress and screenwriter. Emer Kenny initially came to national attention as Zsa Zsa Carter in EastEnders and its online spin-off EastEnders: E20 of which, some episodes’ scripts were written and co-written by her.

She has more recently played Danielle Reeves in the sitcom Pramface.

Kenny was born as Emer Gwynne Morganna Kenny on 10 October 1989, in the North London Borough of Haringey, London, England, the UK.

She is one of the four children of her parents, the info on the whereabouts of whom are unknown. Likewise, the info on her early childhood and teenage days, place of upbringing, etc. are also not known yet. She is of Welsh and Irish heritage.

Kenny made her professional debut in the field of acting in the 2007 TV drama Coming Down the Mountain. Two years later, she made her film debut in Lesbian Vampire Killers. She has also played the role of Kate in Freefall, which was screened in 2009.

In 2010 Kenny was painted by Rolf Harris as Titania from William Shakespeare’s A Midsummer Night’s Dream for an edition of BBC TV’s Arena (“Rolf Harris Paints His Dream”).

Kenny wrote a further episode of EastEnders: E20 for series three in 2011 and was selected as the youngest ever writer for the BBC Writers Academy. There, she trained to write for programs such as EastEnders, Casualty, Holby City, and Doctors. Her first EastEnders episode as a writer was broadcast on 8 May 2012.

She joined the cast of the TV series Beaver Falls for its second season playing the character of Hope. It was announced on 22 September 2012 that the drama would not be recommissioned.

In 2011, Kenny was cast in the role of Danielle Reeves in the BBC Three dramedy Pramface. Pramface was piloted in late February 2012 and was met with good reception so much, that the second season was commissioned before the first one had even aired. She reprised her role for the second series. Kenny reprised her role again for the third season which commenced airing in late February 2014.

She played the role of Rachel in the first season of the TV series Badults which aired in the summer of 2013. A second series was commissioned but it was announced that Kenny would not feature in it.

In 2016 Emer Kenny worked as a scriptwriter on Irish soap Red Rock for a few episodes. The next year, she joined the cast of the TV series Father Brown as Bunty Windermere.

Apart from these, she also has appeared as herself in some programs. This includes the TV series documentary Arena, TV series Breakfast, and TV series Radio 1’s Big Weekend.

Her salary is not known but she has a net worth of $28 million.

There are no significant rumors and controversies regarding Emer Kenny in the mainstream media to date. She has thus far, managed to keep her image clean in the eyes of the general public.

Emer Kenny has a height of 5 feet 10 inches. She has dark brown hair color and her eye color is hazel blue. There is no information about her body weight, shoe size, and dress size.