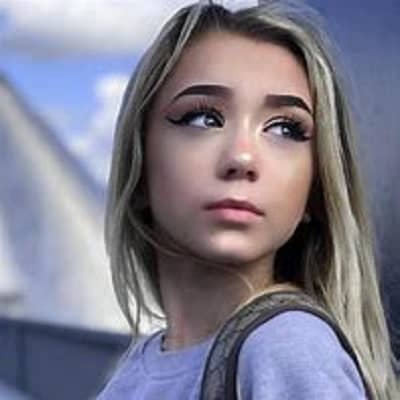 Moving on to the relationship status, she is possibly single. She has not shared any post regarding her love life on social media.

This girl has also maintained a clean profile and has been out of rumors, scandals, and controversies.

Who is Emery Bingham?

Emery Bingham is a YouTube content creator and model. Further, she is famous for creating song covers for chart-topping songs like “My Heart Will Go On” and “God is a woman” among others.

In addition, she was raised to prominence after publishing cover songs and hair dye tutorials on her self-titled channel.

She was born on 14 May 2007 in the United States of America. Her birth sign is Taurus.

While talking about her parents, there is no information regarding her father’s name and mother’s name.

Moreover, there is no information regarding her educational journey.

Primarily, she created the self-titled channel on 14 March 2014. Likewise, she is a YouTube content creator popular for publishing song cover and hair dye tutorials on her channel.

Before fame, she was featured in a commercial advertisement for Fruity Pebbles cereal as a young girl. Moreover, she served as a Zulily fashion model and was professionally represented by the Colleen Bell Agency.

This young girl has published a cover of Celine Dion’s My Heart Will Go On. In 2014, March 2014, she has uploaded a video titled Mermaid Potion, Really Works.

Likewise, she has published a video titled “God is a Woman” cover video which is the most popular video on her channel.

Apart from this, she is an avid fan of Disney princesses and fairies; she came up with more videos related to the Princesses. Then, she uploaded her first-ever challenge-based video called Emery Egg Challenge on 26 June 2014.

Later, she began posting day-to-day vlogs and also came up with song covers. Likely, she also received much attention when she posted a hair dye tutorial in which she showcased her magenta-colored hair.

While going through this little girl’s net worth, She has an estimated net worth of around $70K. her income source is coming from her profession.

This you tuber stands tall at a height of 4 feet 6 inches. Other information related to her weight and other size is not available at the moment.

Apart from that, she has 381K subscribers on her YouTube channel.