Emilia Fox is an actress who is best known for ‘Silent Witness’. 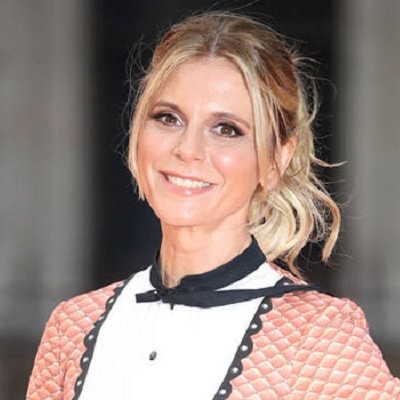 I made it to Oxford, but it is not that I am particularly clever, much more that I am a worker bee.

I've always been brought up to stand on my own two feet and not rely too heavily on everyone else around me.

I read all the Agatha Christies when I was younger and like Sherlock Holmes. Crime fiction has always fascinated me, but I'll read anything anyone gives me.

Emilia Fox is currently single. Previously, she dated English comedian and actor Vic Reeves in 1999 and got engaged in 2000. But the engagement was called off after a couple of months of getting engaged. After that, she dated artist and fashion designer Toby Mott in 2000 and they also parted away in a couple of months.

Then, she began dating actor and filmmaker Jeremy Gilley and welcomed a daughter named Rose in November 2010. But, the pair confirmed their separation in January 2011.

Following that relationship, she dated British restauranteur, chef, and television personality Marco Pierre White in June 2012 but they separated a couple of months later.

Who is Emilia Fox?

Emilia Fox is a British actress who is best known for her performance as Dr. Nikki Alexander in the British crime drama TV series, ‘Silent Witness’ and for her supporting role of Morgause in BBC’s fantasy-adventure TV series, ‘Merlin’.

She was born on July 3, 1974, in Hammersmith, London, England. Her birth name is Emilia Rose Elizabeth Fox and she is currently 47 years old. She was born to her father Edward Fox and her mother Joanna David. Her father is an actor and was appointed Officer of the Order of the British Empire for his services to drama and her mother is also an actress.

She has a younger brother named Freddie Fox (actor) and a half-sister named Lucy.

Emilia holds British citizenship but her ethnicity is unknown.

She attended the independent Bryanston School in Dorset and then she got enrolled at St Catherine’s College, which is a constituent of Oxford University.

She portrayed the character Georgiana, the sister of Colin Firth’s Mr. Darcy, in the 1995 television adaptation of ‘Pride and Prejudice’. After that, she made her appearance as the second Mrs. De Winter in the television adaption of ‘Rebecca’.

Similarly, Emilia Fox appeared as a young Vanessa Radcliffe in the adaptation of Catherine Cookson’s ‘The Round Tower’ in 1998. In 2004, she appeared in the crime drama ‘Silent Witness’ and she has been still playing in the show with the role of Nikki Alexander.

She was nominated in Crime Thriller Awards in the category Best Leading Actress for ‘Silent Witness’ in 2009 and won the Best Actress award in Flaiano Film Festival for ‘Prendimi I’anima’ in 2003.

She must have earned a huge sum of money from her career however, her net worth, salary, and income are still under review. But as per some sources, her net worth is estimated at $500 thousand.

Emilia has been successful in keeping far from rumors and controversies in her personal and professional life.

Her distinctive feature includes a narrow face and a sharp jawline.

To know more about Maggie Batson, Iris Apatow, and Cameron Russell, please click on the link.