Emilia Jones is a well-known English actress of Locke & Key. 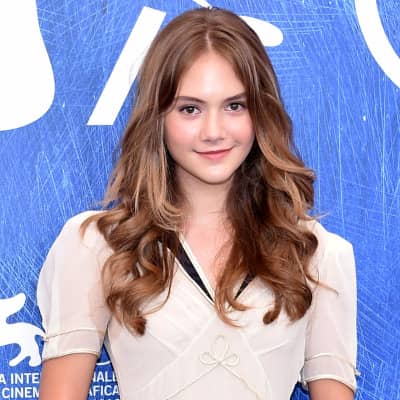 At the present, she is single and straight. Emilia is a beautiful girl with a lot of talents and skills. She has never posted anything related to her love life on media yet. Or she might be dating someone secretly. However, it seems she is more focused on building her career rather than getting into a relationship with someone her age.

Who is Emilia Jones?

Emilia Jones is a well-known English actress. She is famously known for her main role as Kinsey Locke in the Netflix series Locke & Key. Along with that she has also played a minor role in the movie Doctor Who and several theatrical productions in the West End in London.

Emilia Jones, real name Emilia Annis I. Jones, was born on 23 February 2002. She was born and raised in London, England, United Kingdom, so, she holds British nationality. Currently, she is 19 years old and falls under the sun sign of Pisces. She belongs to half Welsh ethnicity and follows Christianity religion.

Speaking of her family, Emilia is the daughter of the Welsh singer and TV as well as radio presenter Aled Jones and his loving wife Claire Fossett. She also has a younger brother named Lucas Jones. It seems they have a comfortable and loving relationship with each other. Other information about her relatives, cousins are not given as of now.

Regarding her educational background, she has graduated her high school however, the name of the institution she attended is not known as of yet.

Emilia Jones is a talented actress. She began her acting career at the age of 8 when she played the role of Jasmine in the film One Day (2010). Also, she represented the character Alice in the Channel 4 drama Utopia and the same following year, she presented the role of young Queen of Years Merry Gejelh in the British television series Doctor Who episode “The Rings of Akhaten” (2013). She has also been praised by many for her role as Merry. In other films like One Day (2011) and Pirates of the Caribbean: On Stranger Tides (2011).

She gained her fame after she scored the main role of Kinsey Locke in the Netflix fantasy drama series Locke & Key (2020). Her casting was announced in December 2018 and the series was released on 7 February 2020. Jones was excited to play her first main role and was attracted to her character as she was being able to play two versions of the same character: Kinsey before and after she removes her fear.

In 2021, she played the main role of hearing child Ruby Rossi along with Marlee Matlin and Troy Kotsur as her culturally Deaf parents and Daniel Durant as her Deaf brother, in the film CODA which is about a child with deaf parents. Emilia took ASL classes and vocal classes for nine months before the shooting.

Emilia made her theatrical debut in 2011 in the play Shrek the Musical at the Theatre Royal, Drury Lane as the young Princess Fiona. In 2013, she also performed the role of a nine-year-old Flora with two other girls, changing between them, in Rebecca Lenkiewicz’s stage adaptation of Henry James’s The Turn of the Screw.

List of films, series, and theatrical act she played in:

Emilia Jones is a very skillful actress who has got nominated in BAFTA for her main role of Kinsey Locke in the Netflix fantasy series, Locke & Key. Also, the latest film she played in, CODA, premiered at Sundance Film Festival 2021 and has been winning more awards than any films ever had in Sundance history.

Emilia Jones has a net worth estimation of approximately $700k-800k. She earns $12k- 14k every episode she plays. Her assets are not known at the moment. Her main source of resources is her acting career as well as theatrical shows.

Even though Jones is a famous actress, she has not once been included in unnecessary rumors and controversies. She seems to keep her private life away from the media and avoid any situation that puts her profession at risk.

Emilia Jones stands tall at the height of 63 inches (5 feet 3 inches, 1.6 m) and weighs around 50 kg (110 lbs). Her body measurement of Chest- Waist-Hips are 32A-24-33 inches respectively. She has a banana-shaped body. Moreover, she has a pair of beautiful brown eyes and dark blonde hair.

Emilia is available on most of her social media platforms. She is active on Instagram under the username ‘@emiliajonesy‘ with more than 338k followers. On Twitter, she goes by the name ‘@EmiliaJonesy‘ and has gathered 7.9k followers.