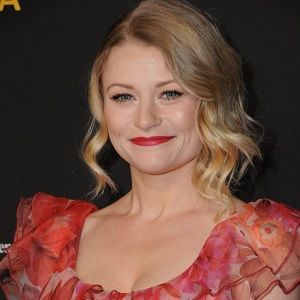 I want to pursue as much of a serious acting career as I can, not just a flimsy overnight career. I take it very seriously and I really want to pursue it for the rest of my life

It's actually fun to not know anyone and go out and find friends, or let them find you

I've always loved Audrey Hepburn. She's such an icon and amazing lady. She's so beautiful. Who wouldn't want to be in Breakfast at Tiffany's (1961)?

Emile de Ravin is in a relationship. She is dating Eric Bilitch. He is a film director. She was engaged to Eric Bilitch on 6th July 2016. She had her first baby from Eric named Vera Audrey de Ravin-Bilitch.

She was previously married to Josh Janowicz in 2006 and they got separated in the year 2014.

Who is Emilie de Ravin?

Emilie de Ravin is a popular Australian Female Actress who played various roles in dramas and movies. She is popular for her acting and ballet dance. She is also currently involved in the filmography line. She is also known as Diva Duck on forums.

Emilie de Ravin was born on December 27, 1981, and grew up in  Mount Eliza, Victoria, Australia. She is mostly misunderstood for her surname as Raven.

She had two elder siblings who were more than 15 years older than her. So, she was raised as an only child by her parents. Since her childhood, she was interested in exercise, painting, shopping, and spending time with her friends.

When she was 9 years old, she already has been studying ballet full-time at Christa Cameron School of Ballet and joined The Australian Ballet School at the age of 15. After finishing her ballet school, she attended the National Institute of Dramatic Arts.

At the age of 18, she moved to Los Angeles to follow her dream. She got her first role in a Tv show called Rowswell as Tess Harding within a month after moving to Los Angeles.

Then, she got a role in the hit show named Lost as Claire Littleton up to season 7 besides season 5, in which she wasn’t aired.

Then in 2005, Emile was chosen to play the role of Emily Kostich as an ex-girlfriend of heroin-addicted Brendan Frye. A year later she got a lead role as Brenda Carter in the remake of The Hills have eyes.

Moving on, she was filmed in Remember Me in the summer of 2009, which was released on 12 March 2010. She also played the guest role as Belle in ABC’s fantasy drama called Once Upon a Time.

Because of her acting, she then was promoted to the second series as a regular. And in May 2017, it was announced that she would be leaving the series after her long journey to series 6 but had a guest appearance in season 7.

Emilie de Ravin played in various Tv series in the year 1999-2018. Some of her popular Tv series were Beastmaster, Roswell, Lost, High Noon, Once upon a time, and many more. She also played in many films.

Some of them are Brick, Hills have eyes, perfect game, the chameleon, the submarine kid, and others. She was also into a video game called Lost: via Domus getting a sound role.

She was nominated and won the title of Sexiest Women in Sci-fi in the year 2001 for the role of Tess in Rosewell. She was also chosen as IMBD’s Face of the Week, September 11-17, 2005.

Emilie de Ravin was also nominated for the 2005 TV Week Readers Poll called Sexiest Aussie Girl on TV for her role as Claire on LOST.

Again, in the year 2005, she was nominated for 2005 TV Soap’s Most Popular Actress on Prime-time for her role as Claire on LOST.

She was also listed in the top 17 in Giant magazine on the topic 50 most important people and trends in entertainment right now and at 47 ranks in Maxim magazine Hot 100.

There was a rumor that she was hooked up with American actor Jeremy Davies in the year 2010-2011.

Emilie de Ravin has a slim body with a height of 5 feet 2 inches and weighs about 49 kg. She has curly platinum blonde hair and light blue eyes (sometimes appears greenish). Her body measurement is 36-27-37 inches. Her shoe size is 7.5(US) and the dress size is 8(US).