Aerialist, Contortionist, Actress Emilie Livingston is married and a mother of two.

Emilie Livingston met Hollywood star Jeff Goldblum at a gym, and they became friends soon after. Jeff invited her to one of his jazz performances at the Los Angeles club ‘Rockwell.’ There, he requested her to perform something.

Emilie performed the dance on top of a piano and mesmerized everyone, including Jeff. They got married on November 8, 2014. The couple has two sons: Charlie Ocean (born in July 2015) and River Joe (born in April 2017). 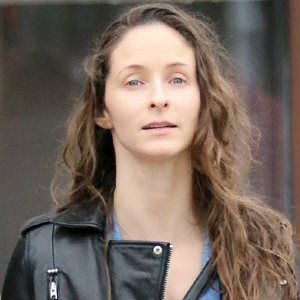 Who is Emilie Livingston?

Emilie Livingston is a Canadian dancer, aerialist, and contortionist. She has also participated in the ‘Olympics’ as an accomplished rhythmic gymnast for Canada. She is also known as the third wife of veteran Hollywood actor Jeff Goldblum.

Emilie Livingston was born in Etobicoke, Ontario, Canada on January 4, 1983. There is no information about her family and childhood.

She has a sibling, but her name is unknown. When Emilie was 2 years old, she would often accompany her mother and her elder sister to dance classes.  Emilie holds Canadian, and her ethnicity is Caucasian. Her birth sign is Capricorn.

Talking about her profession, Emilie Livingston was 11 years old, she had started performing at local gymnastics events. Emilie’s mother did not allow her to travel to Russia initially. Emilie stopped eating for days in order to convince her mother to let her move to Russia.

Her mother eventually agreed, and Emilie flew down to Russia. For the next few years, she trained at Moscow’s ‘Novogorsk’ camp, where she received extremely hard training in ballet.

The intense training she received shaped her into a skilled gymnast. She received training in Russia until she was 20 years old. Apart from dance and gymnastics, she also had an interest in other aspects of performing arts, such as acting.

She performed exceedingly well at the event and ended up with a gold medal in the individual all-around competition. This win was extremely important for her, as it was her ticket to enter the 2000 ‘Sydney Olympics.’

She represented Canada in the ‘Olympics’ but failed to leave a mark. Disheartened by this result, she decided not to pursue her dreams of contesting at the ‘Olympics’ and moved to the US for a career in show business.

She had a moderately successful career in Hollywood.  She got a chance to exhibit her dance skills in the music video of Justin Bieber’s song ‘Beauty and A Beat.’

Further, she has also made several appearances in films, mostly as a body double. Emilie performed some complex dance moves as the body double of the leading lady of the film, Emma Stone. She also performed as a body double in the film ‘Kroll Show.’
In the year 2010, she appeared in the series named ‘The LXD: The Legion of Extraordinary Dancers.’ The format of the series had two rival groups of dancers competing against each other.

She has also performed with popular rapper Kanye West at ‘Coachella.’ Her performance was one of the main attractions at the ‘Google Zeitgeist,’ where Stephen Hawking was the main speaker. She also trains young talent from time to time.

She has an estimated net worth of around $500,000 (as per 2021 data) and she has earned that sum of money from her professional career.

Being an Olympic participant, her professional success has helped her to grab fame and fortune.

She has been successful in keeping herself far from rumors and controversies in her career.

Emilie Livingston has a height of 5 feet 6 inches. Additionally, she weighs is 52Kg. In addition, she has a measurement of 34-26-35 inches.

Emilie’s hair color is black and her eye color is dark brown.

Does Jeff Goldblum have children?