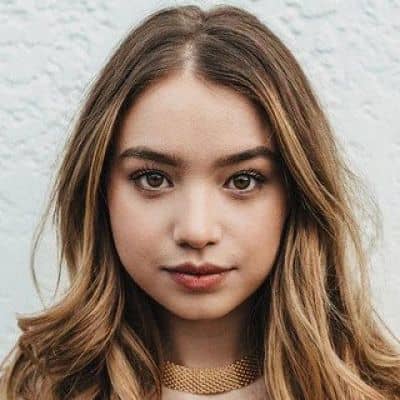 Who Is Emilija Baranac Currently Dating?

Emilija Baranac is currently dating, a boy named Issey Lamb aka Issey Taylor. He is a music producer.

She can be seen sharing pictures with her Instagram account many times. Recently, on October 21, 2022, she shared a picture with him.

The couple seems to be madly in love with each other. But the other info regarding their relationship is not available.

Who is Emilija Baranac?

Emilija Baranac is a popular Canadian actress, model, and social media star, and internet personality. She is well known for her appearance in various movies and drama series.

In 2022, she played the role of Katherine, in the American series, The Midnight Club. It aired on Netflix on October 7, 2022.

The beautiful actress was born on August 4, 1994, in Vancouver, British Columbia, Canada. As of 2022, she is 28 years old and holds Canadian citizenship.

According to the astrologers, her birth sign is Leo.

Moving on to her family background, she was born to her mother, Mikka Mira Baranac. By profession, she is a photographer.

On the other hand, her father’s name and profession are not known, as she has never shared his pictures on her social media handles.

Furthermore, she is believed to be the single child of her parents.

As per her academics, Emilija is a high school graduate, but the name of the institution is unknown.

At the age of 9, Emilija made her acting debut by appearing in Aliens in the House.

In 2010, Baranac started her professional career by appearing the short films. They are Wash Your Hands, Gratuitous, and Inversion/Invasion.

In 2017, she played the role of Jamie, in the tv series, Beyond, which earned her widespread notoriety. In the same year, she was cast as Kristina Roberts in the telemovie, Deadly Sorority.

Following that, she was cast as Midge Klump on The CW’s Tv series titled Riverdale.

Moving in 2021, the stunning actress, was able to grab her role in the American slasher movie, There’s Someone Inside Your House. In the following series, she starred as Hailey Holcomb.

Recently, in 2022, Baranac appeared as Katherine, in the American series, The Midnight Club. On October 7, 2022, the first season of the series was released on Netflix airing its 10 episodes.

It plots the story of eight adults, who are ill and lives in the Brighcliffe Home Hospice. They gather up every night and shared scary stories. The ongoing thrilling story is enough for the viewers to stay in suspense.

By the 2022 reports, the accomplished actress has an estimated net worth of around $2 Million. She is yet to reveal her salary or income.

Her primary source of income is her acting career. She has makes an impressive amount of money from acting in various movies, and Tv-shows.

As she has an active career, it is apparent that there will be an increment in her net worth in the approaching years.

The cast of 2022’s TV series,  The Midnight Club is keeping herself away from scandals along with desperate rumors.

Talking about her physical appearance, she has a pair of hazel eyes and dark blonde hair.

As of November 2022, Emilija is only active on Instagram garnering more than 269k followers. She is absent on Facebook and Tiktok.

Bringing back her ruined self-esteem and improving her language through acting classes – Emilija Baranac a Serbian-Canadian actress and model !

Star of the drama series, The Next Step!! Victoria Baldesarra looks back to the successful six seasons of the series! Get to know all of her experiences!!