Emilio Estefan is the Presidential Medal of Freedom honored musician and producer. He is married to Gloria Estefan and is the father of two kids. 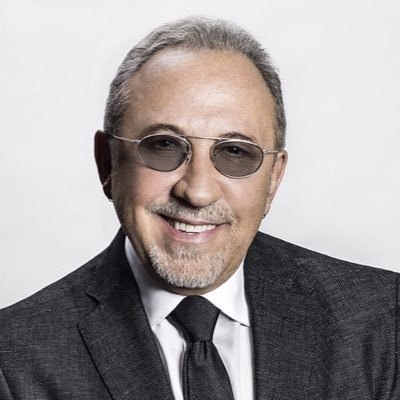 Emilio Estefan is married to the singer, actress, and businesswoman, Gloria Estefan.

The couple first met each other in 1975 at a Chruch ensemble rehearsal where he was performing. Later, Gloria joined the Miami Sound Machine as the lead vocalist and songwriter.

As the passing time, they came close to each other and started dating. After dating for two years, The couple married on 2nd September 1978.

Who is Emilio Estefan?

Emilio Estefan is the Presidential Medal of Freedom honored musician and producer. He is renowned as a former member of the band, Miami Sound Machine.

Also, he is a hotelier and businessman. Currently, he is working on the soundtrack of the movie, Wild Things in Europe 3D.

Emilio Estefan was born on the 4th of March 1953 in Santiago de Cuba, Cuba to Emilio Estefan Sr. and Carmen Maria Gomez. His birth name is Emilio Estefan Gómez. He is of Mixed (Spanish, Italian, Portuguese, and French) ethnicity with Lebanese descent.

His mother, Carmen originally hailed from Spain. Her parents migrated from Spain to Cuba. Whereas his father, Emilio Sr. was of Lebanese ethnicity.

Along with her father, he moved to Spain to get rid of the Cuban Revolution. However, his mother, Carmen stayed back in Cuba to take care of her parents.

His elder brother, Jose was a Cuban military. After moving to Spain, he and his father stayed with his aunt and 8 cousins. At the time, he developed a love for music. Finally, his family reunited in the States in 1971. Details on his academics are not available.

Following his love for the music, Emilio Estefan formed the music group, Miami Latin Boys in 1975. After that, he started performing with the band. Two years later, the band was renamed as the Miami Sound Machine. The band specialized in the Latin influenced music.

In the band, he used to play percussion and accordion. In 1986, he left the band to explore his career in the production works. By the time, he has worked in the band’s albums like Primitive Love, Eyes of Innocence, A Toda Máquina, Let It Loose, and many more.

During his career as a producer, he has helped in developing the career of the music superstars like Shakira, Marc Anthony, Jennifer Lopez, and many more.

He is one of the few producers who has produced the television events for both Genera Market and Hispanic Market Television. Some of his high-profile TV events include Latin Grammy for CBS, The Hispanic Heritage Awards for NBC, and many more.

Besides that, he has produced the documentaries like Hurricane Relief, Con Los pies en el Cielo, and Gloria Estefan: Don’t Stop. Recently, in 2020, he handled the movie, Critical Thinking as an executive producer. Also, he was appointed by President Obama to produce various events for the White House.

Besides being a musician and producer, he also a brilliant business personality. His business ventures include several restaurants like Bongos Cuban Cafe and Larios on the Beach that specializes in the Cuban cuisines.

Along with his wife, Gloria, he owns hotels Costa d’Este in Vero Beach and The Cardozo in Miami Beach.

As of 2020, he has an estimated net worth of $500 million. His net worth is attributed to his career as a producer. Apart from that, his business ventures are also the primary source of his income.

Emilio Estefan has black eyes with grey hair. His height is around 5 feet 10 inches and weighs around 75 kg.

Back in 2002, the Venezuelan actor, Juan Carlos Diaz sought the restraining order against him. Diaz accused him of threatening and asking unwanted sexual favors. He mentioned that Emilio touched him in an unwanted manned at the gym. Also, the actor added he has asked for sexual favors over a two-year period since 2000.

However, the producer, Estefan disputed the allegations, and his lawyer, John Hogan told that his client, Estefan was harassed by the Diaz as an unwanted trespasser.

You may also read the bio of Hugh McDonald, Jim White, and Bella Cruise.