Emily Andre is a British doctor. She is famous as the wife of the English singer-songwriter, Peter Andre. Together they have one son and one daughter.

Emily Andre is a married woman. She is married to Peter Andre.

The couple first met through Emily’ father. Peter had kidney stones and was treated by her father and later got close to him. He introduced him to his daughter and the pair got close. They were friends for a long time. Peter asked her father for his permission to ask her out and the couple started dating. They went public with their relationship during a Magic Mike premiere in July 2012.

After a year of going public with their relationship, Emily gave birth to a daughter named ‘Millie’ on 8 January 2014. The couple exchanged wedding vows on 11 July 2015 in Exeter at Mamhead House. On 22 November 2016, she gave birth to a son named Theodore James aka ‘Theo’. 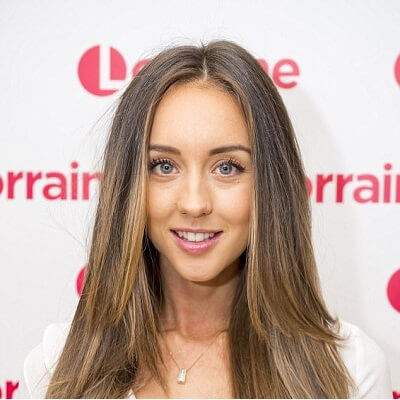 Who is Emily Andre?

Emily Andre is a British doctor. She is famous as the wife of the English singer-songwriter, Peter Andre.

Emily Andre was born as Emily MacDonagh on August 16, 1989, in England, UK. As of 2020, her age is 30. She was born to parents Ruaridh MacDonagh (father) and Bex MacDonagh (mother). Her father is a doctor and she has followed the footsteps of her father by being a doctor herself. She is the oldest of her parents’ five children and has four younger brothers.

She spent her childhood days with her brothers in Bridgwater, Somerset. Her ethnicity is English.

Emily recently announced that she has secretly battled the coronavirus and is now safe. She had suffered coronavirus symptoms including sore throat, muscle aches, and loss of smell and taste.

They decided not to tell their children as it would have worried them. They revealed all this in an episode of their YouTube reality show. She also revealed that she had suspected she had caught the virus and had protected her family by quarantining away from Peter and their children.

Talking about her educational background, she completed her medical course from Bristol University and Richard Huish Medical College in 2015.

There isn’t very much information about Emily’s career as she became popular mainly because of her marriage with Peter Andre. However, she has appeared as a doctor in the Lorraine TV series replacing Hilary Jones from the program.

As a doctor, she works in a hospital located in Surrey and professed the plastic surgery cases but did not find it useful. Furthermore, she participated in the Glitter Run Fundraiser social event of the St. Margaret Hospital.

Her husband, Peter Andre is an English-Australian singer-songwriter, businessman, and TV personality. He is popular for his singles ‘Flava’ and ‘Mysterious Girl’. Moreover, he is also popular for his appearance on the thirteenth series of Strictly Come Dancing and the third series of I’m a Celebrity…Get Me Out of Here!

Emily stands at a height of 5 feet 9 inches and weighs around 56 kg. Her eyes are green in color and she has brown hair.

Emily has not been involved in any controversies. She has been able to keep herself away from any type of controversy and scandal. So far, she has not done anything controversial in her career. She has kept her profile clean and has simply focused on her career and personal life.

You may also like to read the Bio, Net Worth, Career, and more about Alana Stewart, Heidi Pratt, Peter Andre, and more.