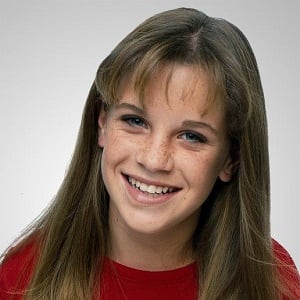 Emily Ann Lloyd has kept most of the information about her personal life away from the media spotlight.

Since she took the hiatus from acting, she has not been the subject of mainstream media attention. There are no records available about her past relationships.

Who is Emily Ann Lloyd?

Emily Ann Lloyd is an American actress. People mostly know her for a role as Susan Lovell, the daughter of Jim Lovell, in ‘Apollo 13.’

Additionally, she has appeared in several other movies and television series to date including ‘Something So Right’, ‘Early Edition’, ‘Knots Landing’, and ‘Kindergarten Cop’ among others.

Emily Ann Lloyd was born in Glendale, California as Emily Ann Morelli on March 27, 1984. She was born to parents Melissa and David Morelli.

Additionally, she has a younger brother: Eric Lloyd who is also an actor. Emily developed an interest in the world of acting at an early age. She is of American nationality.

Furthermore, she belongs to the mixed ethnic background of Italian, English, Scottish, and Dutch.

Emily Ann Lloyd initially appeared in the 1990’s movie ‘Kindergarten Cop’ alongside Arnold Schwarzenegger. Additionally, in 1991, Emily appeared as Melanie Miller in the TV series ‘My Life and Times.’ In the same year, she also had roles in the TV series ‘Princesses’, ‘Anything But Love’, and ‘Evening Shade.’

Some other movies and television series that Lloyd has appeared in are ‘Something So Right’, ‘Knots Landing: Back to the Cul-de-Sac’, ‘Early Edition’, ‘Annie: A Royal Adventure!’, ‘Home for the Holidays’, ‘A Walton Thanksgiving Reunion’, ‘Lois & Clark: The New Adventures of Superman’, and ‘Tainted Blood.’

Emily took a break from acting to enjoy her final few years of high school and later attend university after she appeared in the independent film, ‘Miss Supreme Queen.’

Lloyd won the Young Artist Award in 1991. She has not revealed her current salary. Furthermore, there are no details available about her net worth at present.

Emily Ann Lloyd has not been part of any notable controversies in her career. Additionally, at present, there are no rumors concerning her life and career.

Talking about her body measurement, Emily Ann Lloyd has a height of 5 feet 7 inches and has decent weight. Additionally, her hair color is dark brown and her eye color is blue.