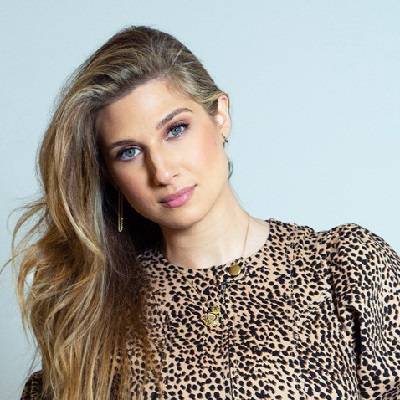 Emily Arlook is in a relationship with Will McCormack. They were engaged back in 2018. Her fiancée, Will is an actor and TV Producer.

Till the date, the couple has not shared any details on their relationship.

However, back on the 12th of January 2019, she shared a picture of Will’s sister, Bridget Mary McCormack calling her a sister-in-law. The post probably suggests that they are married. Details on that are behind the curtains.

Who is Emily Arlook?

American Emily Arlook is an actress. She is renowned as Dana of The Good Place.

Last, in 2020, she appeared in the series, Grown-ish as Nomi Segal.

Emily Arlook was born on the 24th of July 1990 in Los Angeles, California to Richard and Deborah ‘Debe’ Arlook. Her birth name is Emily Taryn Arlook. She is of British-Irish ethnicity.

Her father, Richard is a talent manager by profession. Her mother, Deborah passed away in 2005.

Talking about the educational background, she is a graduate of the University of California, Los Angeles. From the university, she earned a bachelor’s degree with a major in psychology. Also, she attended the Lee Strasberg Theatre and Film Institute.

Back in 2004, she joined the NoHo Actors’ Studio. At the time, the actor, Jeff Alan-Lee coached her.

In 1998, Emily Arlook started her professional journey as an actress with the movie, 20 Dates along with her sister. In the biography based comedy, she portrayed the character of Emily. After the movie, she took a break from the movies.

Later, in 2002, she resumed her acting career with the movie, Wishcraft. In the horror story, she appeared in the supporting character of Hannah Bumpers. In the movie, she shared the screen with the actors like Michael Weston, Alexandra Holden, and Huntley Ritter.

After that, she appeared in some of the movies like Just Add Water, Miles to Go, and Aldo.

In 2014, she entered the TV industry with the series, A to Z. In the series, she appeared in a minor role of Key. The following year, she featured the series, Shitty Boyfriend as the major cast.

Moving forward, she made her appearance in the series including The Good Place, Hand of God, and Pilow Talk. However, she got the major breakthrough in her TV career with the series, Grown-ish. In the comedy series, she appeared as Nomi Segal.

As of now, she has managed to maintain her dignity as an actress. Till the date, she has not been any part of major controversies or scandal that created headlines in the media.

Besides that, she has also stayed far from any type of rumors too.

Emily Arlook has blue eyes with brunette hair. She stands at a height of 5 feet 7 inches and weighs around 62 kg.