Previously Emily Browning was in a relationship with Max Turner since 2007 but after dating for several years her relationship came to end in 2010.

Then she started dating Max Irons in the year 2011 which soon ended in 2012. After onwards she was in a relationship with Xavier Samuel in 2012.

The couple started living a happy relationship for some years but got separated in 2015 due to some reasons.

Talking about the present relationship of Emily, she is possibly single. 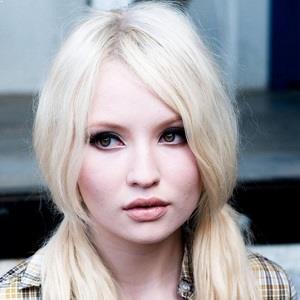 I was lucky - the first eight productions I auditioned for, I got cast.

After Hollywood, you know if people are interested in you or in the fact that you've been in a movie. You know who your real friends are.

My family are very supportive and always have been. They weren't the kind of parents that pushed me into it. I know a lot of parents of kid actors I've worked with have pressured them into acting, but my parents are different. I'm really lucky to have them because they let me make my own decisions.

Who is Emily Browning?

Emily Browning is an Australian actress as well as a singer. She is famous for her acting skills in movies and television series such as ‘Lemony Snicket’s A Series of Unfortunate Events, ‘The Uninvited’, ‘Blue Heelers’, ’Sleeping Beauty, and ‘Ghost Ship’.

She has given her voice as a singer in movies like ‘Sucker Punch’, ‘Plush’, and ‘God Help The Girl in which she has acted as well.

The daughter of Andrew and Shelley Browning was born in Melbourne, Victoria on 7th December 1988. She was born Emily Jane Browning with Australian nationality and ethnicity.

She was born as the eldest child and has two younger brothers, Nicholas and Matthew.

For her education, she attended Eltham High School.

Actor, as well as singer Emily Browning, started her acting career journey with the television movie ‘The Echo of Thunder in 1998.

In the television movie, she portrayed the character of ‘Opal Ritchie’. With her acting skills, she was successful in impressing fans and critics.

She rose to fame instantly gaining stardom. Then she started to appear in a recurring role in numerous series like ‘High Flyers, Thunderstone’, Blue Heelers’, and more.

In 2001, she debuted in the movie ‘The Man Who Sued God’ portraying the character of Rebecca Myers, daughter of Billy Connolly.

In 2002, she debuted in the American film Ghost Ship’ as Katie Harwood. She even appeared in a music video for ‘Light Surrounding You as well as an ambassador of the L’Oreal Fashion Festival on 1st February 2007.

She was doing great in America as well with her impressive acting skills being demanded in more upcoming movies. In 2009, she worked in Zack Snyder’s action film ‘Sucker Punch’ as Babydoll and even sang most of the songs in the movie.

Being talented in singing, she even sang for the movie ‘Plush’ and ‘God Help The Girl equally at ease in both acting as well as singing.

She has been nominated for various awards for her acting skills and won the Australian Film Institute Awards for Young Actor, Best Actress, and Hamptons International Film Festival Award for Breakthrough Performer.

She has even appeared in the video game ‘Lemony Snicket’s A Series of Unfortunate Events as Violet Baudelaire.

It was announced that Emily would replace Anna Paquin in the drama Monica, joining Trace Lysette, Patricia Clarkson, and Adriana Barraza.

Her success has paid her well financially. Although it’s hard to figure out her actual annual salary her net worth is estimated to be $8 million.

She is currently filming ‘American Gods’ where she can be seen as Laura Moon.

Talented actress Emily Browning suffered controversy for the role she portrayed as ‘Lucy’ who is a prostitute in the film Sleeping Beauty.

In 2015, she bashed Hollywood stating that Hollywood makes movies for white men only.

Her figure stats are 32-24-34 inches. She has light brown hair and green eyes.

Also get to know more about Brandi Cyrus, Amanda Holden, and Meghan Andrews.