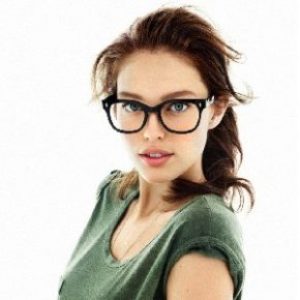 What is the relationship of Emily DiDonato?

Emily DiDonato is an unmarried woman. She has been in the relationship with South African model Justin Hopwood during the year from 2010 to 2012.

Then, they broke up after being in the relationship for two years. She was also in relation to Jake Gyllenhaal in the year 2013. Since 2014, she is dating Kyle Peterson whom she met on an airplane.

Who is Emily DiDonato?

She has made a respectable position as a fashion designer and model in the United States of America.

Emily was born on February 24, 1991, in Goshen, New York, United States. She is of Italian, Irish, and Native American ancestry. Her nationality is American and is of Caucasian ethnicity.

Her grandparents immigrated to the U.S.A from Italy. She was mainly influenced by television in childhood and already made a plan to make her career in the same field.

Only at the age of 10, she was scouted at ‘The Danbury Mall‘. There is no factual information regarding her academic background.

Emily DiDonato had a few months of experience in modeling after passing high school. Soon, she signed as the face of Maybelline New York.

There she made her television commercial debut. In August 2009, she began modeling for Victoria’s Secret. She also appeared on the first magazine cover at the same time.

She was categorized as the top newcomer by New York Fashion Week, and Vogue Germany. Emily also worked for the ‘Sports Illustrated Swimsuit Issue’ in the year 2013. She has also worked in different advertising campaigns including Calvin Klein, Trussardi, Ralph Lauren, Just Cavalli, Missoni, and Elie Tahari.

It seems like she is also highly interested in acting and once she stated that she would possibly get into acting one day. She is one of the struggling models in the U.S.A and is still doing her best.

As a model and actress, she has earned a good amount of capital and has an estimated net worth of $2 million.

Once there was a controversy regarding Emily’s sexy outfit photo on the beach. However, she hasn’t spoken anything so far relating to this topic.

There are no such drastic rumors regarding her personal life and professional life. She has not landed in any nasty controversies till now.

Emily is active in social media. She has 2.3 million fans with her on Instagram. 123.5k fans are on her Twitter handle. On her Facebook, she has 497k likes and 422k subscribers on the Youtube channel.