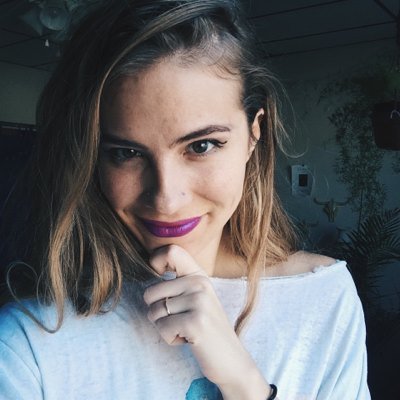 Emily Henry has not revealed anything about her relationships and affairs. She lives a low-key life and is very private about her personal life. She might be single and unmarried. However, she is a big dog lover. She has a dog named Dorothy.

Who is Emily Henry?

Emily Hendry is author, proofreader and donut connoisseur. She writes stories about love and family. She is popular among both teens and adults.

As for her education, she went to Hope College for studying creative writing. She also studied at the New York Center for Art & Media Studies. Currently, she spends most of her time in Cincinnati, Ohio, and the part of Kentucky just beneath it.

The full-time writer published her first book ‘The Love That Slipt the World’ published in 2016. The book is a web of intrigue, love, and sacrifice. The protagonist of the novel is Natalie Cleary. Emily has perfectly captured those bittersweet months after high school when we dream not only of the future but of all the roads and paths we’ve left untaken. The book got an absolutely positive response from the readers, especially from youth readers.

In 2017, she published another book ‘A Million Junes’. The protagonist of the novel Jack “June” O’Donnell unfolds the mystery of her family. The book has 12 editions.

She published another book ‘When Sky Fell on Splendor’ in 2019. This could be a straightforward novel about grief and friendship, but it actually isn’t. It is a fast-paced story novel about a group of friends in a small town who find themselves dealing with unexpected powers after a cosmic event. The novel is influenced by Tv series Riverdale and Stranger Things and made on the mixture of both series.

Her recently published book ‘Hello Girls’ along with writer Brittany Cavallaro. The book is about young girls who have had enough of the controlling men in their lives take their rage on the road to make a new life for themselves. It is an intense novel, which examines friendship and female power and rage.

She is on the way to her fifth book publishment ‘Beach Road’. It is also an adult debut ook for Emily. The novel is a romantic comedy in which a romance author who no longer believes in love and a literary writer who’s stuck in a rut find themselves living in neighboring lake houses for the summer and engaged in a challenge to swap genres, leading them to realize they may both have been wrong about happily ever afters all along, which is going to be published in spring 2020.

Her pet dog’s name is Dorothy. She adores dogs. Its photos can be seen in her Instagram photos and stories.