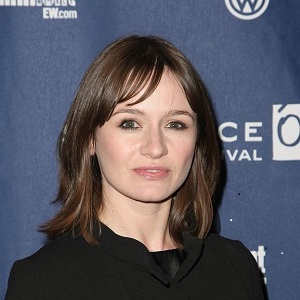 Emily Mortimer is a married woman. She is married to Alessandro Nivola. He is an actor. They tied the knot on 3 January 2003 in the village of Turville in the Chilterns, Buckinghamshire.

The couple met for the first time while they both were starring in Love’s Labour’s lost.

A Mexican punk band performed at their wedding. They have two children named son (Samuel John Nivola) and Daughter (May Rose Nivola).

Who is Emily Mortimer?

Emily Mortimer is a British actress and screenwriter. She began acting in stage productions and she has appeared in several movies.

In 2003, she was awarded an Independent Spirit Award for her performance in Lovely and Amazing. She is also known for playing role in Match Point, Lars and the Real Girl, Chaos Theory, Harry Brown, Shutter Island, Hugo, and The HBO series, The Newsroom.

Emily Mortimer was born in Hammersmith, London on December 1, 1971. Her nationality is British and ethnicity is English.

Mortimer’s father’s name is Sir John Mortimer. He is a lawyer and writer who created the TV series (Rumpole of the Bailey). He remarried and his second wife’s name is Penelope Gollop.

Emily Mortimer studied at St Paul’s Girls School in West London, where she appeared in several pupil productions. She then went on to Oxford University, where she studied Russian at Lincoln College and performed in several plays.

Emily Mortimer performed for several plays while studying at Oxford University, and while acting in a student production she was spotted by a producer who later cast her in the lead in a television adaption of Dame Catherine Cookson’s The Glass Virgin (1995).

Subsequent television roles included Sharpe’s Sword and Coming Home. She followed this with the 1996 television film, Lord of Misrule, directed by Guy Jenkin and Filmed in Fowey, Cornwall.

Her first feature film role was opposite Val Kilmer in The Ghost and the Darkness, also in 1996. She appeared in the Irish coming-of-age story The Last of the High Kings, also released in1996.

In 1998 she appeared as Kat Ashley in Elizabeth and played Miss Flynn in the TV mini-series which was adapted for television by her father. In 1999, she played three roles that brought up her profile outside of the UK.

Mortimer was cast as Katherine in Kenneth Branagh’s musical adaption of Love’s Labour’s Lost (2000), where she met actor and future husband Alessandro Nivola.

In 2011, she has a role in Our Idiot Brothers as Liz, the sister of Paul Rudd’s character. She also started work with the acclaimed screenwriter and producer Aaron Sorkin as Mackenzie McHale in HBO’s The Newsroom in 2011.

In January 2013 it was announced that Emily Mortimer would be co-creating and starring in the comedy series Doll & Em for Sky Living, along with her longtime friend, actress, and comedian Dolly Wells.

Emily Mortimer: Salary and Net Worth

This actress has an estimated net worth of $6 million and receives a salary of $50 thousand per episode.

According to rumors, there is no any information about the past relationships and professional life in which Emily Mortimer was actively involved.

Emily Mortimer has a height of 5 feet 8 inches. Her body weighs 59kg. She has dark brown hair and hazel eyes. Furthermore, her body measurements are 34-24-35 inches.