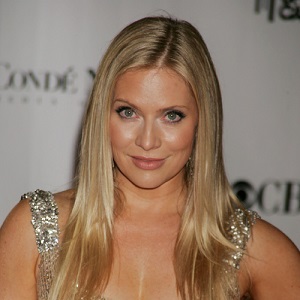 When I was 8, my favorite toy was a stapler. My brother was afraid of me.

Hot and Gorgeous Emily is an unmarried woman, but she has been in the relationship with Paul Bryan since 2008. They welcomed their first daughter Pippa Bryan on December 8, 2010. It is said that they are not intending to marry; however, they are staying happily with their daughter in Los Angeles, California, Emily doesn’t have any other affair and divorce case.

Who is Emily Procter?

Emily Procter is an American actress. She became mainly popularized among the public after appearing in the NBC political drama “The West Wing”. She is also well known for the CBS police drama “CSI: Miami”.

She has reached the top level of popularity after appearing in the USA Network crime drama “White Collar” as Amanda Callaway where she has a recurring role.

Emily was born on 8 October 1968 in Raleigh, North Carolina, United States. Her nationality is American and her ethnicity is North American.

As a child, Emily was adopted by William Procter, a general practitioner, and Barbara Jones, a volunteer worker. She was raised up with them in Raleigh, North Carolina. Her older brother, Whit Procter is also adopted.

Talking about her educational background, she attended Ravenscroft School and graduated from there.

She also became a member of the Alpha Delta Pi sorority at East Carolina University and also received a degree in Journalism and dance.

After graduation, Emily moved to Los Angles and started attending acting school. Her father provided her the funds for two years. While attending acting classes she also worked for a local TV station as a weather reporter.

Afterward, she left the job when she got a number of chances in films. First of all, she appeared in small roles in several films including Jerry Maguire (1996), Breast Men (1997), and Fast Company (1995). She appeared in a major role in the TV movie ”The Dukes of Hazzard: Reunion!” (1997) as Mavis.

In the year 2013, she again got a recurring role in the USA Network crime drama White Collar. Some of her popular films include “Barry Munday,” “Big Momma’s House 2,” “Body Shots,” etc. She has made a respectable position as an actress in the U.S.A.

Emily Procter: Salary and Net Worth

Emily has a net worth of $14 million as per the records of 2014. Her salary is unknown

Once there was a rumor regarding Emily’s plastic surgery. Her amazing photos after plastic surgery were hugely spread among the public and fans. Her viral photo mainly compared her appearance before and after surgery.

Some people were saying that Emily has done surgery on not only the face but also of boobs and undergone Botox as well. She hasn’t been a part of drastic controversy yet in her personal and professional life.

Emily Procter has a height of 5 feet 3 inches. Her body weighs 57kg. She has blonde hair and greenish eyes. Furthermore, her bra size is 36B, shoe size is 7US and the dress size is 8 US. Besides these, her body measurements are 38-24-36 inches.