Emily Ratajkowski ‘doesn’t believe in straight people’! Is she bisexual?

Updated On January 26, 2023 | Published By: Gracie Hale | In Dating , Relationship , Sexuality
Share this 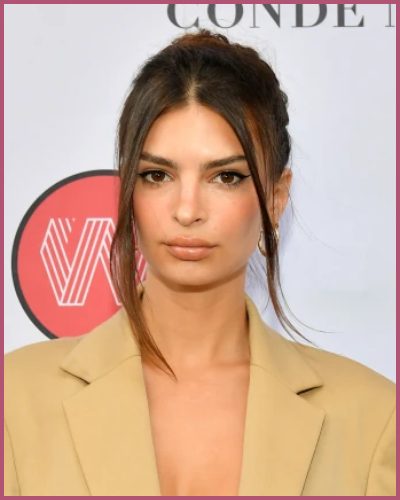 Emily Ratajkowski is seemingly coming out as bisexual

Emily Ratajkowski recently made an appearance in an interview with Harper’s Bazaar in which she openly spoke about her views on sexuality.

The 31-years-old American model likely came for the promotion as she is launching the podcast High Low with Emrata today in partnership with Sony Music Entertainment.

In an interview when she was asked about her going viral Tiktok of last month and if there was any truth behind the post, she replied,

“I think sexuality is on a sliding scale. I don’t really believe in straight people,”

Months ago Emily hopped on a TikTok trend that said that women who own a green couch are bisexual. In her Tiktok videos, she simply panned the camera across her own green large couch without saying a word. Thereafter, fans were wondering whether she is bisexual.

Also read Kristen Stewart: her gay-lesbian nature, her new girlfriend Stella Maxwell and her views on sexuality: Know on it here!

Emily then went on to explain to the host,

“‘My girlfriend came over and was like, “B***h, have you seen the green-couch thing?” She was laughing at me because my green couch is so big.’”

Ratajkowski is a divorced woman, who filed for divorce from her estranged husband Sebastian Bear-McClard after four years of marriage. The two together also share a son Sylvester Apollo Bear. The model has since kept quiet about her love life, however, was recently rumored to be linked to Brad Pitt.

What Emily Ratajkowski’s podcast is about?

Emily launched her podcast High Low with EmRata on Tuesday, November 1, in which she welcomed her best friend Barbara for its first episode.

In the first episode, the two best friends talked about whether you should have sex on the first date. Well, the podcast will be on several topics including politics, philosophy, feminism to sex, TikTok, relationships, and more.

The podcast will produce three episodes every week, Ratajkowski promises to present sometimes dive deeper into the complexities of what it means to be a feminist in modern society.

Also read Is Ricky Dillon Gay? He Previously Introduced Himself As Asexual. Had Said, there’s no way I could be gay

Emily Ratajkowski is an American actress and model. Emily is popular for appearing in music videos like “Blurred Lines” and Maroon 5’s “Love Somebody”.

She has appeared in numerous music videos and magazines. See more…