Emily Roeske is currently living a blissful conjugal life. She is married to Mitch Chapman. The duo tied the knot on the 21st of April 2013. 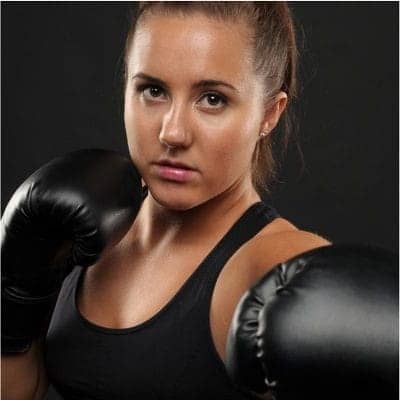 Who is Emily Roeske?

Emily Roeske is an actress from the united states. She rose to fame after appearing in the first three Disney Channel Original Movies, Halloweentown, Halloweentown II: Kalabar’s Revenge, and Halloweentown High.

Emily was born on July 15, 1991, in Milwaukee, WI. Her full name is Emily Marie Roeske. She is the daughter of James Paul Roeske Sr. (father) and Ellie Roeske (mother).

She has an older brother named James Paul Roeske II who is also an actor and karate instructor by profession. Further, her academic details are under the curtains at the moment.

Her nationality is American and belongs to the Caucasian ethnicity.

Prior to that, she appeared in the 1997 film Fell’s Redeemer as Alicia and Little Girl in 3 Ninjas: High Noon at Mega Mountain. In 1999, she guest-starred in the role of Michelle Kinney on NBC’s sixth season of ER in an episode entitled Leave It to Weaver.

Apart from acting, she is a martial artist and has been practiced for more than nine years. At an early age, she has won several national and world championships including a second-degree black belt award in American Freestyle Karate.

Emily stays miles away from any sorts of controversial acts that create a huge buzz in the media. She hasn’t been part of such rumors and scandals to date.

Emily has accumulated a decent amount of wealth throughout her acting career. She has an estimated net worth of around $400 thousand as per other online sources. Further, her salary, assets, and other income are under review.

The actress stands at the height of 5 feet 4 inches tall with an average weight. She has dark brown hair and as well a dark brown pair of eyes.