Emily Sandberg was in a relationship with Shawn Labour(1995-1998) and American Actor Bruce Willis (2006). Furthermore, she was married to Gary  Gold in 2010. She then separated with him after being a mother of a son.

As for now, she is enjoying her single life pretty well in Nashville, New York. 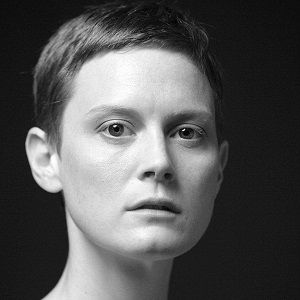 ‘I use almond oil for my face and a lot of finger crossing.’: Literally my bedroom. We have a huge bed and I just love hanging out watching movies and reading books with my son and husband.’: ‘A lot of connecting happens online and it’s wonderful to see safe havens for models.’

Who is Emily Sandberg?

Emily Sandberg is one of the famous American model known worldwide for appearances in a renowned magazine like vouge. Furthermore, she is a businesswoman and actress too.

Daughter of a nurse/stage-actress mother and an attorney father, Emily Sandberg was born on May 26, 1978, in Rochester, Minnesota. She is of American nationality. Furthermore, there is no information about her education and childhood.

At an early age of 13, she has performed at Renaissance festivals as a mime artist. After this short act in off-Broadway, she then went on to act in Shakespeare’s The Tempest and The Midsummer Night’s Dream and regional productions of Thornton Wilder’s Our Town.

From 1998 her career began as a model when she became the face of Armani and lands her first major cover for Italian Vogue. Later she has been the face of various fashion houses like Dolce and Gabbana, FENDI, DKNY, Versace and many others. Furthermore, she was photographed by the celebrated photographer like Annie Leibovitz, Steven Meisel, Mario Testino, Craig McDean, Mikael Jansson and Peter Lindbergh.

Besides modeling, she is an actor too and has given her appearances in films like Devils Wears Prada and Employee Of the Month in 2006 and Old Dogs in 2009.

Emily Sandberg has a decent height of 5 ft 9 inches. This runway model has a body measurement of 34-25-35 inches. She has beautiful blue eyes with red hair. her shoe size is 9.