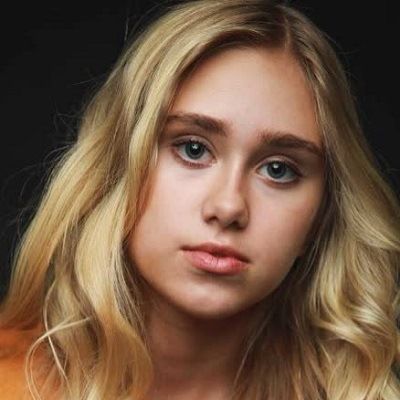 Emily Skinner is single. She started her career at an early age, which helped her to acquire recognition in the entertainment industry, which doesn’t mean she is at her fullest. She is on the verge to reach a prominent place in her career. She is focused on her profession and pursuing her life as a single person.

Who is Emily Skinner?

Emily Skinner is an American actress, model, and dancer. She got an opportunity to work in the ‘Disney Channel’ series, including ‘Shake it Up,’ and ‘Austin & Ally.’

Skinner has performed in a number of short films, TV series, and movies, including ‘The Mindy Project,’ ‘Sam & Cat,’ ‘Blood Ransom,’ ‘Rizzoli & Isles,’ among many others.

Emily Skinner was born Emily Noelle Skinner on November 30, 2002, in Mission Viejo, California, but she grew up in Trabuco Canyon, Orange County, California. She is a Sagittarius. Her father is Steve Skinner and her mother is Jennifer. She was a shy child, so when she told her mother about her acting interest, her mother took her to an acting class to help her overcome shyness.

Her nationality is American. She has a sister, Lauren Skinner. Emily pursued her education from Carnegie Mellon University.

Skinner began her acting career at the age of 8 as a child artist and appeared in one episode of ‘CBS’ ‘NUMB3RS.’ It was a dramatic role which she enjoyed. she worked regularly in guest roles in TV movies or short movies, including, ‘The Swimming Lesson’ in 2009 as ‘Katie,’ and ‘Keeping up with the Guptas’ 0n 2010.

Then, after featuring as ‘Alise Jones’ in a 2010 episode of ‘CSI: Crime Scene Investigation,’ Skinner did minor roles in short films like

Later, she got a chance to work in ‘Disney Channel’s’ 2011 TV series ‘Shake It Up,’ wherein she played a little beauty-pageant girl ‘Sally Van Buren’ in the episode ‘Glitz It Up.’

She also appeared in several other TV series, including:

Skinner essayed the role of a young vampire in the film :

She played a juvenile murder victim, ‘Wendy Sokoloff.’  She was cast as ‘Diana’ in the ‘Brat’ web series, ‘Total Eclipse’ from 2018 to 2019. In this story of young friends, she stars with Mackenzie Ziegler, Nadia Turner, Lauren Orlando, and Devenity Perkins.

Skinner’s forthcoming projects include ‘Next Level,’ wherein she will be seen in the role of ‘Cindy Stallings.’ Recently, she has featured in a few music videos such as ‘Only Human’ by Ty Waters and ‘Broken Arrows’ by Avicii. She has also worked as a model.

Emily has an estimated net worth of $1.3 million earned from her acting career. Her portrayal in television series has helped her gain fame as well as wealth from her profession. The dedication of Emily and passion led her to earn income despite her age. Nevertheless, she is yet to disclose her salary.