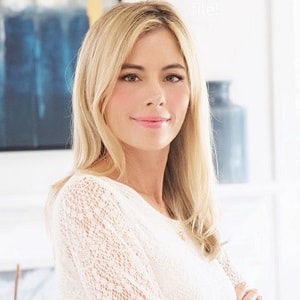 What is the relationship of Emily Smith?

Emily Smith is married to Steve Guttenberg on January 19, 2019, in Malibu.

They were set up by her colleague, Scott Rapoport in 2014 and after that, they dated for around five years and got engaged in December 2016.

Who is Emily Smith?

Emily Smith is an American television journalist and she is famous for being the editor of page six in the New York Post.

She is also famous for being the general assignment reporter at CBS 2 and she has been working in the television station since early 2011.

She was born and raised in Grand Island, New York, USA. Emily holds American citizenship but her ethnicity is unknown.

She has not revealed detailed information about her date of birth, her family, siblings, and her childhood.

She attended St. Bonaventure University and majored in journalism.

She debuted her professional career on WABC-TV and she worked as a Long Island reporter and she served about three years.

She was hired by New York Post as an editor of Page Six in 2009 and she covered the news about the miraculous landing of Flight 1549 on the Hudson River in early 2009.

Later, she joined CBS MoneyWatch in 2010 and she worked as a fill-in anchor on CBS New’s Up To the minute and also worked as a business reporter. She then joined CBS 2 in April 2011 and has been working as a general assignment reporter since then.

She won Bob Koop Award for her excellence in Journalism when she was at St. Bonaventure University.

She has maintained her personal information secret. She has not mentioned her income and salary as well. So, it is hard to predict her net worth.

She is very secretive about her personal information. She likes to keep her lips tight.

Emily has not been engaged in any rumor, controversy, and scandal in her professional life and in her private life.

She has got dark brown hair and black eyes.

Other information regarding her height, weight, body measurement, etc. is unknown.