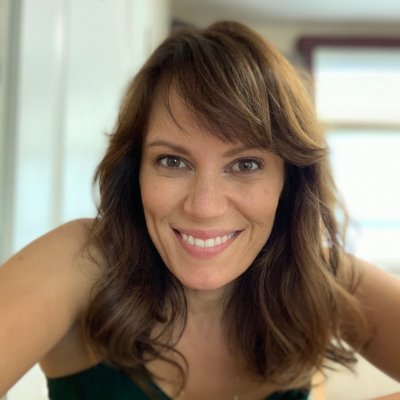 Emily Swallow is a married woman. She has been married to Chad Kimball since August 26, 2018. The pair tied their knot in a private ceremony in front of their parents and relatives.

The couple has not welcomed any child to date. However, they are living their life happily.

Who is Emily Swallow?

Emily Swallow is a famous American actress who is best recognized for her appearance as Kim Fischer on ‘The Mentalist’ along with Josie Loren.

In addition, she also appeared as Amara in the 11th season of ‘Supernatural’.

She was born on 18th December 1979 in Washington, DC, in the USA. But, she grew up in Jacksonville, Florida, and Sterling, Virginia. She was born to mother Jo Swallow and father Gary Swallow.

She has not mentioned anything about her siblings. Also, she has a dog named Norma Jean Meatballs Kimball and she often posts pictures of her dog in her social media account.

Emily holds American citizenship but her ethnicity is unknown.

She joined Stanton College Preparatory School and then joined the University of Virginia and graduated from there with a BA in Middle Eastern Studies in 2001.

After that, she graduated with an MFA in Acting from New York University of Tisch School of the Arts.

Emily Swallow came into limelight after she made her appearance as Regina in the 2006 TV series named ‘Guiding Light’. After that, she made her notable appearances in TV series such as ‘Supernatural’, ‘The Mentalist’, and ‘Monday Mornings’.

Furthermore, her other notable appearances include in ‘The Mandalorian’, ‘The Lucky Ones’, ‘The Odds’, ‘Forget Me Not’, and many more.

Apart from acting, she is also active in singing. She along with her fellow singer/comedienne Jac Huberman started a stage named Jac N Swallow and began performing in New York at the Laurie Beechman Theater and Joe’s Pub.

She was nominated for BTVA Television Voice Acting Award in the category Bets Vocal Ensemble in a New Television Series for ‘Castlevania’ in 2018.

She has an estimated net worth of around $2 million and she has earned that sum of money from her professional career. Also, she adds some portion of her net worth from endorsements and promotions.

There was a rumor that she will not return as Kim Fisher in season 7 of ‘The Mentalist’ and she confirmed the rumor positively.

To know more about Natalia Tena, Jojo Babie, and Merritt Paterson, please click on the link.