Actor Emily Watson is married and a mother of two. 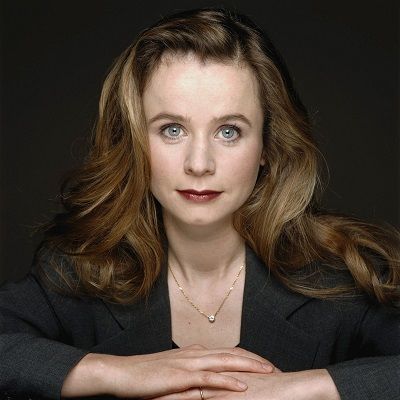 "The first Oscarcast, I was definitely functioning in a surreal mode. It was like I was watching myself watch the ceremony. Yet I had a good time. Hey, wearing a beautiful dress and being surrounded by beautiful people is not a terrible way to spend an evening. And I had a great time at all the parties. The second Oscarcast, I just went and planned on enjoying myself. People think of me as such a serious actress, but I find myself behaving like a gadabout." - On her sudden success and America's award shows.

On her childhood preparing her for an acting career: "I was taught the value of imagination at an early age. I didn't have a television. I read a lot of books and developed a good sense of storytelling. I was happy as well, and I think that helped. The more secure you feel, the more unbalanced you can let yourself become."

On Hollywood's perception of women as beauty objects: "I'm lucky I don't do the kind of work where the main thing is that you're the girl and you look gorgeous. I don't look like that. I'm a funny-looking bugger. I don't feel that I can compete, and I wouldn't want to. Life's too short to spend seven hours a day in the gym and starving yourself."

Emily Watson is a married woman. She has tied the knot with her longtime dated boyfriend, Jack Waters in 1995. She met her husband at the beginning phase of her career and since then they are together. This perfectly made for each other couple has two children namely, Juliet Waters, Dylan Waters.

Who is Emily Watson?

Emily Watson was born in Islington, London, England on  January 14, 1967. Her birth name is  Emily Margaret Watson and she is currently 52 years old. Her father’s name is Richard Watson (an architect) and her mother’s name is Katharine Watson (English teacher).

Talking about Emily’s education, Watson was educated at St James Independent Schools. Then, she attended the University of Bristol, where she obtained a BA (1988, English). Additionally, she trained at the Drama Studio London. Later, she received an MA (2003, honorary) from Bristol University.

Talking about her profession, Watson’s career began on the stage. Her theatre credits include The Children’s Hour (at the Royal National Theatre), Three Sisters, Much Ado About Nothing and The Lady from the Sea. Additionally, Watson has also worked with the Royal Shakespeare Company in A Jovial Crew, The Taming of the Shrew, All’s Well That Ends Well and The Changeling.

In the year 2002, she took time off from cinema to play two roles in Sam Mendes‘ repertory productions of Uncle Vanya and Twelfth Night. Whereas, her performance was widely acclaimed on both sides of the Atlantic. In fact, she also played a leading role in Cradle Will Rock, a story of a theatre show in the 1930s, directed by Tim Robbins.

During 2001, she appeared alongside John Turturro in The Luzhin Defence and in Robert Altman’s ensemble piece Gosford Park. In the year 2006, she also took a supporting role in Miss Potter, a biographical film of children’s author Beatrix Potter from Babe director Chris Noonan, with Ewan McGregor and as well as with Renée Zellweger, and also in an adaptation of Thea Beckman’s children’s novel Crusade in Jeans.

In the year 2008, Watson starred with Julia Roberts and Carrie-Anne Moss in Fireflies in the Garden, the Lifetime Television movie The Memory Keeper’s Daughter (based on the novel with the same name), and in screenwriter Charlie Kaufman’s directorial debut, Synecdoche, New York.

During 2009 she appeared in the film Cold Souls, from first-time director Sophie Barthes, and Within the Whirlwind, a biographical film of Russian poet and Gulag survivor Evgenia Ginzburg from The Luzhin Defence director Marleen Gorris.

Similarly, in 2014 Watson had supporting roles in The Book Thief, alongside Geoffrey Rush and Sophie Nélisse. In the year 2015, she had supporting roles in Testament of Youth, alongside Alicia Vikander and Kit Harington, Eduardo Verástegui‘s Little Boy and A Royal Night Out, in which she portrayed Queen Elizabeth The Queen Mother. She also received rave reviews for her portrayal of Julie Nicholson in the BBC Drama A Song for Jenny.  During 2017, she also starred in the BBC mini-series Apple Tree Yard.

She has an estimated net worth of around $10 million (as per 2019 data) and she has earned that sum of money from her professional career. Her acting career has helped her in gaining fame and fortune both.

Emily Watson has a height of 5 feet 8 inches. Additionally, she weighs is 58Kg. In addition, she has a measurement of 35-25-33 inches and her bra size is 34B. Emily’s hair color is light brown and her eyes color is blue. Furthermore, her dress size is 6 (US) and her shoe size is 9 (US).

Also, read the affair, salary, the net worth, controversy, and the bio of Emma Davies, Kym Marsh, Gael Anderson.