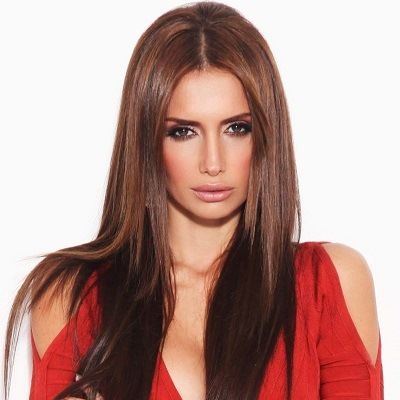 Emina Jahović is a Serbian model, actress, and singer-songwriter. Likely, she is one of the highest-paid artists in the Balkans. Over the course of her career, she has produced four successful albums, over three dozen popular singles, and starred in various television shows and commercials. She is also the face of two fashion labels. She started off as a songwriter in the late 1990s but came to prominence after winning several events.

Emina Jahović was born in Novi Pazar, SR Serbia, SFR Yugoslavia on January 15, 1982, and she is currently 37 years old. Her father’s name is Nusret Jahović (cardiothoracic surgeon) and her mother’s name is  Senija Jahović (pediatrician). When she was 13, her father passed away and after a couple of years, her mother asked her to stop playing basketball as she was physically weak.

Talking about Emina’s education, she attended the ‘Meša Selimović’ primary school in Novi Pazar and also began taking guitar lessons at the ‘Mokranjac Music School’. Later, she received her BA in management from the ‘Faculty of Management’ at ‘Braća Karić University’.

Talking about her profession, Emina Jahović participated in several local and national festivals and these events played an important role in her early music career. This provided her chance to work in close association with reputed composers and managers. Dino Merlin, the famous Bosnian singer-songwriter, musician and producer, released her first album ‘Osmi dan’ in 2001.

Then, after years of successful festival performances, she released ‘Radije ranije’, her second album in 2005. Her main hit, ‘Da I’ ona zna’ peaked at number one on Bosnia’s charts while in the rest of Europe, the song reached the top ten. In the year 2008, she released an English single ‘Exhale’.The accompanying video for “Exhale” also premiered on the MTV Adria show TOP 20.

During 2009 her music career tasted success with the release of her third album, ‘Vila’. The song, ‘Med’. Whereas, from 2010 to 2011, she worked in the television soap opera ‘Lale Devri’ in the lead role. The TV show became very popular and aired in over 30 countries. During 2011-12 she released several singles including ‘Gospodine’, ‘Posle mene’, ‘Broken’, and ‘Kimse Yok Mu?’, which further increased her popularity and fame.

The first was purposefully released on ‘International Woman’s Day’, while ‘Broken’ was released on ‘Valentine’s Day’. In the year 2013, she released her singles ‘Nedostaješ’ and ‘Žena zmaj’ and went on to perform on ‘Ami G Show’ on ‘RTV Pink’. She was also announced as a judge and coach of the popular TV show ‘X Factor Adria’.

Emina Jahović was nominated for ‘Best Female Performer’ in the Balkans 2009. She won the ‘Best Song’ award in the 1st Balkan Music Awards.

Talking about her net worth, a salary she has earned that sum of money from her professional career.

Emina Jahović has a height of 5 feet 10 inches and she weighs is unknown. Emina’s hair color is light brown and her eyes color is dark brown.