Emirichu is an Asian-American social media personality and influencer.

Emirichu is currently taken. She is in a relationship with fellow YouTuber Daidus. Emirichu revealed their relationship for the first time on 1st April 2020 by posting photos of their anime characters kissing.

However, the post’s caption made it seem like a prank as it posted on April fool day. But Emirichu later confirmed during a Twitch live stream with gamer ShyStarfall. 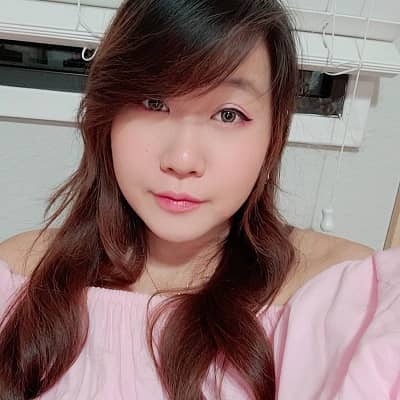 Emmerich is an Asian-American social media personality and influencer.

She is better known as a YouTuber where she does storytime animator, illustrator, comedian, and voice acting.

Emirichu is a native of South Korea whereas her parents migrated to the United States in the 80s.

She was born in New York, the United States on the 27th of August 1995. Her real name is Emily Kim but she has known online as Emirichu.

Her father is a pastor and her parent beliefs in religion but she is not religious.  However, she hasn’t yet disclosed her parent’s identity in the media.

At the age of 11, she moved to Los Angeles, California alongside her family where she raised with her two older brothers.

Emily completed her high school at a local high school in Los Angeles. While attending high school, she wants to train in Taekwondo but her father didn’t allow her citing it as a boyish thing.

Afterward, she started drawing and watching anime from where she developed an interest in anime and drew manga.

In 2017, she graduated with a Bachelor of Arts degree but hasn’t yet disclosed her academic institution details.

Emirichu initially worked as a part-time teacher and as a camp counselor during the summer. In 2011, she created a YouTube channel naming ‘Emirichu’ consists of animation videos that are solely animated by her.

Emily has uploaded 66 videos till now and has an amassed 2.82m subscribers. Similarly, her YouTube channel is already verified.

Her first video titled ‘League of Legends Champion voice impressions (an attempt.)’ which is posted on the 30th of April 2016 has gained over 187k views till now.

She has garnered fame after the video “It’s Not Like I Like You” was uploaded onto the JozCentral channel on 24 June 2017. The video has crossed over 36 million views to date with more than 654k likes.

Furthermore, some of her most views videos are ‘First Burn: Hamilton Animatic’ (over 10m views), ‘When My Student Found My YouTube Channel‘ (over 12m views), ‘My Scary Older Brother‘ (over 8.8m views), ‘Childhood Crushes 2′ (20m views).

Apart from YouTube, she has her own merch where she sells clothing stuff and stickers.

To date, Emily hasn’t been part of any sorts of rumors and disputes that create headlines in the media.

Also, she stays miles away from such controversial acts that could hamper her personal and professional life.

According to Socialblade, Emily earned in the range of $1.3k to $20.6k per month through her YouTube channel. Likely, the estimated amount will be around $15.5k to $247.6k per year.

In addition, she earns through voice-over acting, endorsement, and brand promotion. As of 2022, she has an estimated net worth of $932,000 dollars.

The YouTube star stands at the height of 5 feet 6 inches tall and weighs around 58 kg.

She has brown hair color with brown pair of eyes as well. Further, there is no information available regarding her other body measurement.

She shares her e-mail id [email protected] for any business inquiries.