Emma Atkins is an award-winning English actress, she is well known for her role as Charity Dingle in the British soap opera, Emmerdale. Her character previously went by the names of Tate, Sharma, and Macey.

Talking about her relationship, she is not married but has a child with her boyfriend Tom. Moreover, they are living a happy life together with no any marital affairs. 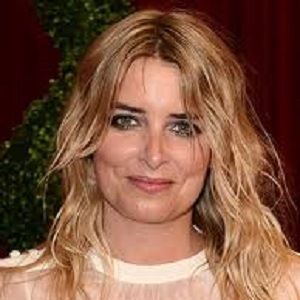 Who is Emma Atkins?

Emma Atkins is an award-winning English actress, she is well known for her role as Charity Dingle in the British soap opera, Emmerdale. Whereas, she played in the character of Charity Dingle in Emmerdale and first arrived in the village with her on-screen cousin Cain in 2000. In fact, her character previously went by the names of Tate, Sharma, and Macey.

Emma was born in Morecambe, Lancashire, England on March 31, 1975, there is no information about her family. She has a sibling namely, Jillian Atkins. She belongs to British nationality and English ethnicity. Her birth sign is Aries. Talking about her education, she attended the University of Salford.

On talking about her profession, she appeared in episodes of the BBC series Dalziel and Pascoe, Mayo, I’m with Stupid, New Street Law, Doctors, and Casualty.

Whereas, she is an experienced Voice-over artiste as well as a television and stage actress. Likewise, she made an appearance in Heartbeat, in the episode ‘Only Make Belief’ aired on 6 January 2008 playing Lesley Ashton, a mentally ill woman obsessed with PC Don Wetherby.

During 2009, it was revealed that Atkins would be returning to Emmerdale, reprising her role of Charity, and she made her reappearance on 1 October 2009. In addition, her role as Joan Sims in the West End show ‘Stop Messing About’ drew critical acclaim.

On talking about her lifetime achievements and awards, she has been nominated for numerous awards for her work on Emmerdale. On 10 September 2018, she won Best Soap Actress at the TV Choice Awards for her portrayal of Charity Dingle.

Emma Atkins: Salary and Net Worth

On talking about her body measurements, Emma has a height of 5 feet 6 inches. Additionally, she weighs is unknown. Emma’s hair color is blonde and her eye color is grayish green.

Also, read the affair, salary, the net worth, controversy, and the bio of Leah Bracknell, Danniella Westbrook, Kate Ashfield