Updated On October 12, 2022 | Published By: Brandy Stratton | In Entertainment
Share this 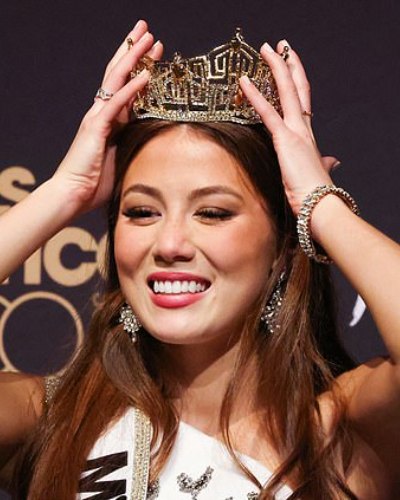 Emma Broyles won Miss America 2022, the competition’s 100th anniversary. The Miss America competition began in 1921 as the Atlantic City beauty pageant and evolved to what it is now. The contestants are not judged on their physical appearance but on the basis of leadership, talent, and communication skills.

During the beauty competition held at Mohegan Sun Arena in Uncasville, Connecticut, Emma wowed the judges with her impressive answer during the challenge portion of the competition. Also, the other top three contestants were Lauren Bradford and Elizabeth Pierre.

Also read Update! Here Are The Facts You Must Not Miss About The American TV Personality Carol Silva!

Who is Emma Broyles?

“After my year as Miss Alaska’s Outstanding Teen, I took a four-year break from competing until this year, when I decided to return to the stage and compete for the title of Miss Alaska 2021,”

Broyles has worked to create a social impact in Special Olympics. She started volunteering with the organization 12 years ago when her older brother with down syndrome became an athlete. She said,

Likewise, Broyles attends the Arizona State University in Tempe, Arizona where she is studying biomedical sciences and voice performance.

What does Emma want to be in the future?

Emma Broyles wants to be a Dermatologist in the future. Her career goals are said to be Dermatologists and wanting to enter the medical field. Similarly, she is continuing to support young girls and help out with various pageants and events.