Emma Davies is an English actress. She is married and a mother of one kid.

Emma Davies is a married woman. She is married to Ross Allen who is a garden designer. Their marriage date is not disclosed. They have a daughter named Camille. Similarly, they reside in Barnes, South-West London with her husband and daughter. 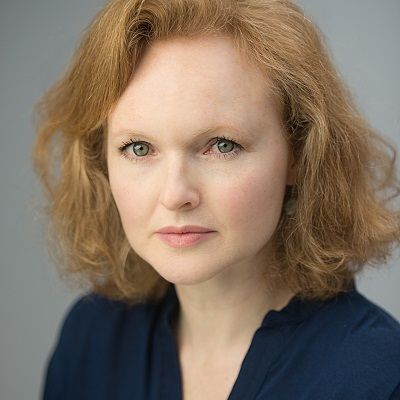 Who is Emma Davies?

Emma Davies is an English actress. She is known for her role of Anna De Souza in the ITV soap Emmerdale. Similarly, she is the daughter of actor Geoffrey Davies who was on the TV comedy series Doctor in the House.

She was born on 7th March 1970 in England. She is the daughter of Geoffrey Davies (father) and Ann Davies (mother). Her father was also an actor who influenced her choice of career.

Similarly, she belongs to English nationality and her ethnicity is unknown.

Talking about her education, she attended Corona Theatre School.

Her father landed her first television role at the age of 18 months on the 1970s sitcom The Fenn Street Gang. Similarly, she also appeared in a television advert for Colgate toothpaste when she was 14. After that, she has appeared in television series Heartbeat, Doctors and Sky One’s Dream Team.

Likewise, her first television role was as teenager Jo Daly in Central Television’s Midlands-based drama Boon between the year 1987 and 1989. Later, she played Juliette Bannerman in the ITV soap Families in the year 1993. In the year 1997, she portrayed the controversial historical figure Diana Mitford in the biographical Channel Four mini-series Mosley.

In the year 2001, Emma Davies also had a small role in Michael Apted’s popular film Enigma. After that, in 2007 she was cast in the short-lived Channel Four drama Cape Wrath as regular character Abigail York. Similarly, in June 2008 it was announced that she would join Emmerdale as Anna De Souza. Likewise, she made her debut on the soap on 8 July.

But, on 15 October 2008, it was announced that she would be leaving the show at the end of 2008. Furthermore, she made her second appearance in the BBC drama Doctors starring alongside her father in an episode entitled Toys in which the pair played an estranged father and daughter.

There is no information about the awards and nominations of Emma.

There is no information about the net worth of this actress. Similarly, she might earn a huge amount of money from her career but she has not revealed her salary and income.

Emma Davies has a decent height and weight but it is not disclosed. Similarly, her hair color is blonde and she has hazel color eyes.