Emma Ellingsen is a Norwegian YouTuber and Instagram personality. She is possibly single.

Emma Ellingsen is a transgender. She came out for the first time when she was around nine years old.

Talking about her relationship status, she is most likely single at the moment. To date, she hasn’t introduced anyone as her love partner. She might be focused on her career at the moment.

Talking about her interests, she loves Kendall Jenner and Bella Hadid’s fashion sense and their posts. 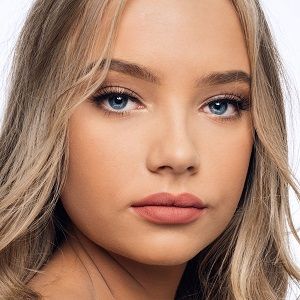 I actually just took a year off to focus on everything, which is pretty cool. I went on summer vacation with all of my friends, and now that they’ve started school, I’ve started working, trying to do different things with social media and modeling and post more videos and everything. I really want to go back to school one day—I have two years left until I graduate—but I just feel like this is the right thing to do right now.

I first got it in sixth grade, probably when I was 11 or something. I just thought it was a lot of fun and got a passion for it really quick, so I just started posting pictures, and then I started gaining followers.

Selena Gomez, Justin Bieber, Miley Cyrus—all of the people from the Disney community, because that’s what I was watching. But after a while, I started following fashion pages for inspiration, like @passiionforfashion.

Who is Emma Ellingsen?

She makes tutorials, travel vlogs, and personal videos, and one of her popular videos includes I’M TRANSGENDER.

Emma was born on September 9, 2001, in Norway to Tina Ellingsen. She is of Irish-Norwegian descent.

Her father works in a car showroom whilst her mother is a helper at the doctor’s office.

She was raised as a boy from childhood and at the age of eight she found out that she was transgender, which she shared with her mother.

She completed her high school in Norway. However, in 2018, she took a break from her studies to concentrate on her acting and social media career.

Emma began her vlogging career in 2014. During that time, she used to upload her personal stories, and experiences throughout the day in school.

As of now, she posted videos of a collection of tutorials, travel vlogs, and personal stories.

She posted a video in 2017 titled I’M TRANSGENDER, where she revealed her gender. Moreover, she explained,

“I found out that I was transgender when I was eight or nine. That was when I first knew it was possible to be transgender.”

Besides, she is also an actress and model. Presently she is signed with the Oslo-based modeling agency team Models.

At the age of 17, she first modeled for Norwegian fashion magazines on several cover stories. She worked with various international publications also as W Magazine, ELLE, and more.

Moreover, she stars in the television series called Generation Z in 2018. Similarly, she released a book called Emma in 2020.

In January 2018, she was honored as the influencer of the year for taking such a bold step of revealing herself as a transgender.

Emma stands at the height of 5 feet 11 inches. However, her weight is unknown at the moment. She has a blue pair of eyes and her hair color is blonde.

Further, she has a fair complexion.