Emma Fitzpatrick is an American actress and singer. She is popular for her song ‘For Your Consideration’ in late January 2013. 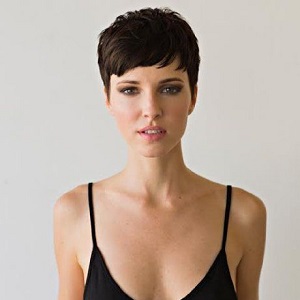 Emma Fitzpatrick is enjoying her single life. There is no rumor heard about Emma’s relationship. She is currently busy in her career. She might find a perfect match in the future.

Who is Emma Fitzpatrick?

Emma Fitzpatrick is an American actress and singer. She is popular for her song ‘For Your Consideration’ in late January 2013.

She was born on March 20, 1985, in Marion, Ohio. She is currently 33 years old. There is no information available regarding Emma’s parents, siblings, and her childhood. Emma holds American citizenship and her ethnicity is unknown.

She attended Belmont University and studied film, dance, singing, and music. She graduated from there with a Bachelor of Musci.

She began working on a cruise ship and worked some time at ‘Tokyo Disney’, where she played musical theatre. Then, she made her way to Los Angeles and studied acting in a drama school, Lesly Kahn & Company. After that, she tried professionally as a singer, model, and actress.

She was able to perform occasionally in television series in 2010 such as ‘CSI: NY’ and ‘Undercovers’ and in smaller film roles in ‘The Social Network’ and ‘In Time-Your time is running out’.

She debuted starring role from the character Elena Peters in the horror film ‘The Collection’ in 2012 and she became more recognized in late January 2013, after a music video was released on the internet with ‘For Your Consideration’. She imitated on Anne Hathaway, about her performance in Les Misérables in 2012.

She portrayed the supporting role in a 2014 music video by US country musician Dierks Bentley.

She has an estimated net worth of around $500,000 which she earned from her professional career.

She likes to keep her lips tight. She has not been involved in any rumor and controversy in her professional life and private life.