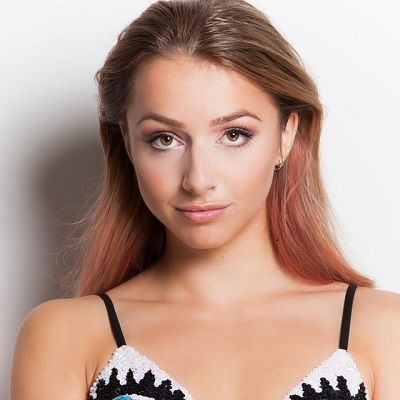 I’m born and raised in the south of the Netherlands. I’ve got one older brother and my mother was a speech therapist and my father a music teacher. After high school I went to university to study Business Administration but after two months, I figured it wasn’t for me and I started to chase my dream in the music industry.

Emma Heesters is currently single. There is no news of her past affairs and relationships.

From her Instagram, it is known that she loves traveling. She has shared pictures in different places.

Who is Emma Heesters?

Emma Heesters is a Dutch singer well-known for her cover songs on YouTube channel. Emma is also a songwriter, performer and the most followed musical YouTuber in Holland.

Recently on 23rd November 2019, she uploaded the cover of Selena Gomez‘s Lose You To Love Me.

Emma Heesters was born on 8th January 1996 in the Netherlands. Her father is a music teacher and her mother is a speech therapist. She has an elder brother.

After completing high school, she started studying Business Administration. But, she figured that it was not for her so she started working for her dream to be the music industry.

In the year 2004, Emma was a part of the Children’s for Children festival as an entry from the province of Zeeland. She was with the number 100 small parties.

She started her career by uploading cover songs on her self-titled YouTube channel. After some time, she gained a huge number of fans all over the world. So, she started uploading more frequently.

In 2019, she collaborated with Boyce Avenue on their European tour and supported them. Emma performed at VidCon in the US and UK. She is a regular guest in the media.

Recently, she appeared as the main participant of Holland’s hit TV show Beste Zangers. Her hit single from the show was Pa Olvidarte with Rolf Sanchez and she achieved Platinum status in Holland.

Emma was announced as Holland’s first winner of the MTV’s Push Award in November 2019.

The estimated net worth of Emma is $1 million US. Her earning from her YouTube channel is estimated to be around $12.6k-$201.3k US.

Emma has brown hair and light brown eyes. She has a melodious voice.

Emma has around 232k followers on Facebook. Similarly, she has 285k followers on Instagram and she has followed popular accounts like Amalie Gassmann, Bas Smit, Tino Martin, Zara McDermott, and Cindy Kimberly.

Her YouTube channel ‘Emma Heesters’ has around 1.9 million subscribers. She has uploaded more than 100 videos on her channel.