Emma Heming is a model and actress who has walked the runways for several fashion brands. Emma Heming got married to actor Bruce Willis

Emma Heming got married to actor Bruce Willis on March 21, 2009. As their marriage ceremony was not legally binding, they wed again in a civil ceremony six days later.

As of now, the couple has two daughters named Mabel Ray and Evelyn Penn.

Heming is also a stepmother to Bruce Willis’s three other daughters from his previous marriage to actress Demi Moore. 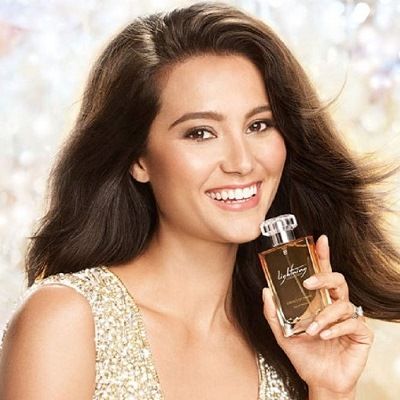 Who is Emma Heming?

Emma Heming is an English-American model and actress.

Likely, she is who has walked the runways for several renowned fashion houses and brands, such as Karl Lagerfeld, Valentino, Chanel, Giorgio Armani, Ralph Lauren, and Victoria’s Secret, to name a few.

Due to the Coronavirus, Emma’s husband Bruce is also following the rule of staying at home.

He along with his ex-wife Demi and their daughters were in Idaho.

Later, they were joined by Emma and their two children. They are all now staying at Hailey, Idaho.

Emma Heming was born in Malta on June 18, 1978. Her birth name is Emma Frances Heming Willis and she is currently 41 years old.

Emma holds English- Maltese- British citizenship, but her ethnicity is unknown. Her birth sign is Gemini.

Talking about Emma’s education history, there is no information about her educational achievements.

Talking about her profession, Emma Heming started her modeling career in the early 1990s after she won the “The British Elle Supermodel” contest.

During her early career, she was represented by the Lorraine Ashton model agency in London.

Since then, she has been active in the modeling industry. She has served as a spokesmodel for La Senza, a Canada-based lingerie retailer.

She has appeared in advertisements for numerous brands including Gap, Escada, Intimissimi, Palmers, Dior Bronze, and Redken.

Besides these, Heming has graced the covers of several magazines, such as ‘French Elle,’ ‘Turkish Elle,’ ‘Spanish Elle,’ ‘W Magazine,’ ‘Town and Country,’ ‘Shape,’ and ‘US Glamour.’

Heming’s first acting project happened in 2001 when she was cast in a minor role in the American film ‘Perfume’.

Then in 2006, she got featured in an episode of the television series ‘Entourage’.

In the following year, she played the role of Donna in the American neo-noir psychological thriller flick ‘Perfect Stranger’.

That year, Heming also appeared in Tom Brady’s satirical comedy ‘The Comebacks’. In the year 2013, she was cast in the action-comedy and the sequel to the 2010 flick Red, titled ‘Red 2’.

Emma has an estimated net worth of around $5 million as of 2022 and she has earned that sum of money from her professional career.

She is maintaining her personal life properly.

She is far from rumors and controversies.

Emma Heming has a height of 5 feet 10 inches and she weighs is 53Kg.