Emma Hunton’s relationship at present is married. She has exchanged vows with Ryan Duval in Oct 2017.

Her husband is a chef and works at The Wallace in Culver City but their wedding details are unknown. 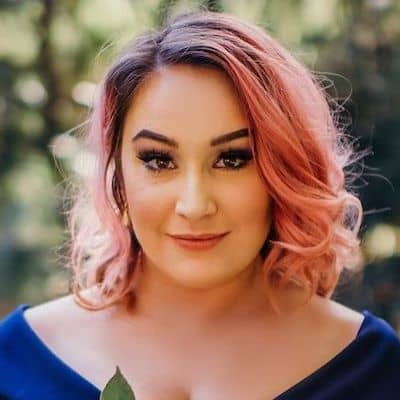 Who is Emma Hunton?

She was born Emma Leigh Hunton on 26 Aug 1991 in Los Angeles, California, USA. The name of her mother is Erica Hunton (actress) but her father’s identity is unknown.

Emma’s ancestry is Caucasian and talking about her academics, she has not shared the details.

Emma Hunton used to work in broadway before entering the TV world since 22 years of age.

She has played in acts such as Spring Awakening, Witness Uganda, and RENT. She also featured in Elphaba and became the youngest person in an English-language production.

Her acting career started with a TV show Judging Amy (1999) where she played Sophie. Moreover, Emma’s TV role in 2019’s Good Trouble as Davia Moss is much appreciated by the viewers.

As of 2022, she collected an estimated net worth of around $100k. However, her salary and other earnings are unknown.

This Good Trouble actress is keeping herself away from rumors and is also not surrounded by any desperate scandals.

Regarding Emma Hunton’s body features, her height is 5 ft 2 inches and her body weight is average.

Moreover, her eyes are hazel, her natural hair color is dark brown, and has a fair skin complexion. She dyes her hair in various colors.