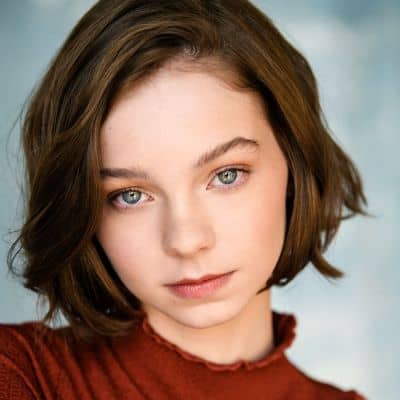 What Is The Current Relationship Status Of Emma Myers?

Actress, Emma Myers is presently unmarried and appears to be single. As she is fully focused on her rising career, she seems to be attempting to avoid falling in love.

Who is Emma Myers?

Emma Myers is an American rising actress and Television artist. She has been featured in several movies and tv series.

The young actress Emma was born on April 2, 2002, in the United States of America. As of 2022, she is 20 years old and holds American nationality.

As per her ethnicity, she is Caucasian and according to the astrologers, her birth sign is Aries.

Myers has not shared the personal details of her personal life including her parents, siblings, and early educational life.

Briefing about her early professional career, she began her mainstream acting career through the feature film, Letters to God. She played the role of a student. It was directed by David Nixon and is 1 hour and 50 minutes long.

After that, she was able to grab another role as a child artist, in the action crime tv series, The Glades an. The other cast of the series includes Matt Passmore, Kiele Sanchez, Carlos Gómez, Jordan Wall, etc.

After a long gap of 10 years, in 2020, she made her comeback with the role of Stephanie in the comedy-drama-based tv series, The Baker and the Beauty.

In the same year, she landed as Mavis Nebick in the short film, Deathless, sharing the screen with stars like Chase Anderson, Katie Carpenter, Kathleen Hogan, etc. She then appeared in the series, Dead of Night as a Girl from Magnolia, and was also cast in the tv movie, A Taste of Christmas.

Afterward, she appeared in a lead role in the 2021 film, Girl in the Basement. It earned her worldwide fame and recognition.

Talking about her upcoming 2022 projects, she will be seen with a lead role in the short film, Love, Innocence, which has been directed by Isiah Hanley. Apart from this, she will be playing Angie Blackburn in Southern Gospel a Jeffrey A.

Adding more, she has executed the role of Enid Sinclair, in the American horror comedy series, Wednesday, which is set to release on Netflix on November 23, 2022.

Emma Myers is an emerging star, who has a net worth that ranges between US$ 100-110 Thousand Approx.

Primarily, she earns as an actress and is making a good amount. As her career is active, we can assume that her income and net worth will increase in the coming future.

Besides this, she has not shared any info about her annual salary and weekly earnings.

There is no record of Emma Myers being involved in any rumors and buzzes. Owing to her long professional career, she has not been indulged in any part of controversy yet.

Emma Myers stands at the height of 5 feet 3 inches and weighs around 45 kg. In addition, she has body measurements of 32-23-32 inches, which means her bust size and hips size is 32 inches and her waist size is 23 inches.

In addition, she has a fair complexion, along with a pair of blue eyes and light brown hair.

Talking about her social media presence, she is very active on it. On her Instagram account, @ememyers, which is enriched with over 23.7k followers.

Other than this, She is also active on Tiktok and has garnered more than 30.7k followers.