Emma Rayne Lyle is an American actress. She is extremely prominent for her role in 'Good People (play)', 'House Hunting', 'Why Stop Now', and 'Return'. She has made recognizable position in American acting field at the very young. She is unmarried girl. 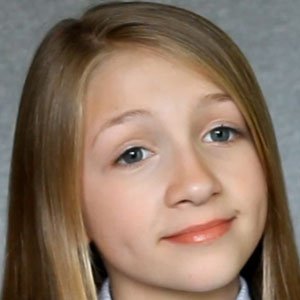 What is the relationship of Emma Rayne Lyle?

Cute and adorable Emma is an unmarried girl. She has managed to keep her personal information so secret that nothing relating her past and present affair status is published.

Who is Emma Rayne Lyle?

Emma Rayne Lyle is an American actress. She is extremely prominent for her role in ‘Good People (play)’, ‘House Hunting’, ‘Why Stop Now, and ‘Return’. She made a recognizable position in the American acting field at a very young.

Emma was born to American parents on August 26, 2003, in Tampa, Florida, U.S.A. Her nationality is American and belongs to the North American ethnicity.

There is no factual information published regarding Emma’s parents. She has three siblings named Austin Lyle, Ryan Lyle, and Savannah Lyle. Also, she revealed that she was highly encouraged by her parents to secure her career in the acting field and she was also highly interested and dedicated.

There is no factual information published regarding Emma’s educational status.

Emma’s made her professional acting debut in the year 2010 and appeared in the film titled “D.I.G.I.T.A.L. High” as ‘Daughter’ in a lead role. Next year (in 2011), she appeared in two films titled “I Don’t Know How She Does It” in a supporting role and in “Return” in a lead role.

Moving towards her body measurements, she has light brown hair color and her eye color is also blue. There is no information about her height, weight, shoe size, and dress size.