Who is the Emma Walton Hamilton Married To?

Emma Walton Hamilton is a married woman. In 1991 she married her husband named, Stephen Hamilton who is an actor and director.

The couple is parents to two children, a son named, Sam Hamilton and a daughter named, Hope Hamilton.

There is no further news of their separation and her past relationships with others. 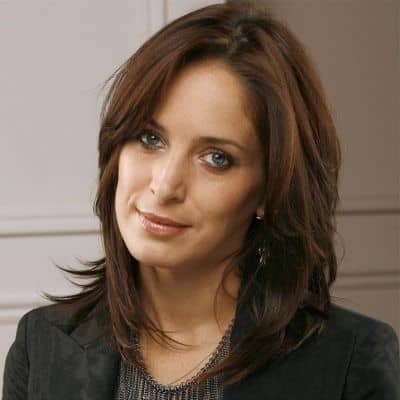 Who is Emma Walton Hamilton?

Emma Walton Hamilton is an actress, theatrical director, and children’s book author. She serves as an Instructor and Director in the MFA program at Stony Southampton.

She is well known to be the daughter of an English actress, Dame Julie Andrews, and British set and costume designer Tony Walton.

Emma Walton Hamilton was born at The London Clinic in London, England on 27 November 1962. Walton is 59 years old as of 2022 and holds British nationality.

She maintains Caucasian ethnicity and according to the astrologers, Sagittarius is her birth zodiac sign is her full birth name.

She was born Emma Katherine Walton Hamilton to her mother, Julie Andrews, and her father, Tony Walton.

Her mother is a British actress, singer, and author while her father is a set designer by the profession. Later, her parents officially ended their union and her mother remarried Blake Edwards, a film director.

According to her mother, she studied at UCLA Lab School.

Emma Walton Hamilton made minor roles in several movies and television like, Micki & Maude and That’s Life! from 1983 to 1991.

She co-founded Bay Street Theater in Sag Harbor, New York along with her husband,  and Sybil Christopher, in 1991 which is still running.

She served as an Artistic co-Director and Director of Education and Programming for Young Audiences for almost 17 years.

She has also given voice for audiobooks like Gitty Daneshvari’s Scool of Fear, Patrick McDonnell’s Me…Jane and All Kinds of Kisses.

She even received Grammy Award for Best Spoken Word Album for Children for voicing Julie Andrew’s Collection of Poems, Songs, and Lullabies.

Hamilton also started to write books for children in collaboration with her mother. Firstly, she wrote, Dumpy the Dumptruck.

Together, they wrote 13, ‘Dumpy books, among which 12 were represented by her father Tony Walton, who was still friends with her mother even after the divorce.

They wrote almost 31 children’s books including, ‘Dumpy’s, ‘The Great American Musical in 2006, and so on.

Walton Hamilton and Andrews collaborated with Kate Dason, Jodi Glucksman, and Barbara Buck-Aronica’s ‘Over the Moon: The Broadway Lullay Project‘ in 2012.

She then became the creator of the preschool television series, ‘Julie’s Greenroom’ including her mother, Julie Andrews, and Judy Rothman.

Emma Walton Hamilton has an estimated net worth that ranges between 1 million to 5 million USD. She is able to amass a good amount of wealth during her ongoing career.

Though. Hamilton’s salary and income are yet to be disclosed.

Emma Walton Hamilton has maintained a low profile so, she has not been involved in any rumors or controversies up to date.

The body measurements of Emma Walton Hamilton including her height and weight are not disclosed yet.

However, she has a couple of brown eyes with hair of the same color.

There is an official Facebook page under her name, that has garnered about 3.1 K followers.