Skip to content
Married Biography
Married Biography / Entertainment / Emma Watson and Millie Bobby Brown led the British Charge in the First Gender-less MTV Awards, But Watson Gets Mocked by Piers Morgan; What Is the Reason Behind This? Follow in to Know About the Matter 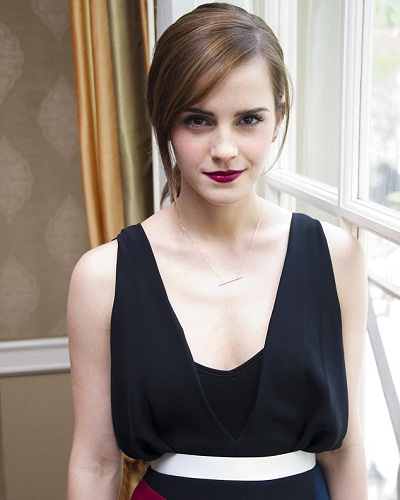 Emma Watson recently won the best big-screen actor award at the inaugural MTV TV & Movie Awards. The Award was the first of its kind handed from MTV and is second to Grammy Awards.

On May 8, 2017, in the first fender-less MTV Awards, Emma Watson was honored with the first prize for an actor. Her portrayal of Belle in Beauty and the Beast which included stars such as James McAvoy, Hugh Jackman, and Daniel Kaluuya to take the best big-screen actor prize at the inaugural MTV TV & Movie Awards.

Accepting the award, she said,

“The first acting award in history that doesn’t separate nominees based on their sex says something about how we perceive the human experience.

MTV’s move to create a gender-less award for acting will mean something different to everyone, but to me it indicates that acting is about the ability to put yourself in someone else’s shoes and that doesn’t need to be separated into two different categories.

Empathy and the ability to use your imagination should have no limits. This is very meaningful to me.”

Meanwhile, Millie Bobby Brown celebrated her character Eleven in Stranger Things as a “badass female” as she was honored with an award for the best actress in a television show. The 13-year-old Briton won against Emilia Clarke for Game Of Thrones and Jeffrey Dean Morgan for The Walking Dead.

“Lastly I want to thank the Duffer brothers because they have created a bad-ass, female, iconic character that I’ve got the honor to play.”

The host of the TV show Good Morning Britain, Piers Morgan, however, was unimpressed.

“Gender neutral awards – just what the world was craving,”

he said of the award in his show Good Morning Britain.

“I can’t think of a better recipient than Emma Watson, a great flag-bearer to all things gender neutral.”

“Do we need to have men and women?”

“Shall we call you woes? Woe is me. You become woes. we can’t become men obviously, we become persons. And everything becomes gender neutral.”

You may like to read Is Emma Watson dating actor Tom Felton?

Not the First One from Morgan?

However, this isn’t the first time that Piers Morgan has had a mock at Watson. Earlier this year, he had said that the actress, who had posed for Vanity Fair wearing a skimpily cut bolero, had hypocritically criticized Beyoncé for playing to the male gaze in some of her music videos.

Other Reactions on the Award

The award ceremony was hosted by comedian Adam Devine in LA.

This recent move has brought MTV in line with the Grammy Awards, which scrapped off the male and female prizes in 2011.

Jharrel Jerome of Moonlight also went on to praise MTV for doing away with the gendered prizes. The actor told the Press Association from the red carpet that he hopes the other awards also to follow the example.

While many people welcomed this new move towards equality, others, such as The Telegraph film critic Tim Robey, warned that if big award ceremonies such as the Academy Awards were ever to “go genderless“, it could risk inadvertently creating more sexism.

Emma Watson is a British actress and model. Apart from that, she is also an activist. She is best known for her role as Hermione Granger in the Harry Potter film series, appearing in all 8 movies of the franchise. In 2017, she portrayed Belle in Disney’s live-action adaptation of Beauty and the Beast.

Her modeling work has included campaigns for Burberry and Lancôme. As a fashion consultant, she helped create a line of clothing for People Tree. She was honored by the British Academy of Film and Television Arts in 2014, winning for British Artist of the Year. That same year, she was appointed as a UN Women Goodwill Ambassador and helped launch the UN Women campaign HeForShe, which calls for men to advocate gender equality. More bio…

Joanna Krupa: Her divorce, her bi-coastal marriage and her dream to be a mother! Know it all here!
Tags : Actress MTV TV & Movie Awards