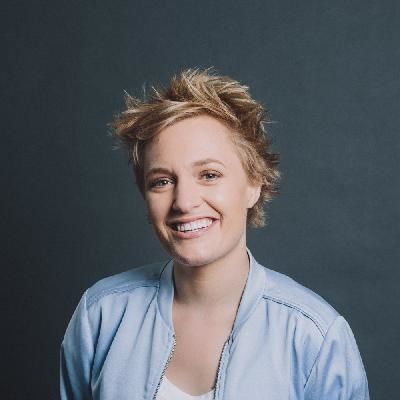 Emma Willmann’s relationship status is possibly single. She has not shared her love life in the public yet.

Who is Emma Willmann?

Emma Willmann is an American stand-up comedian, actress, and a podcaster residing in NYC. She debuted as a standup comedian in the Just for Laughs festival in Montreal, 2016, introduced as new faces.

Willmann was born on December 20, 1985 (currently 34) in Blue Hill, Maine U.S.A. Emma says that she always felt weird and different; which could have been due to her dyslexia, her lesbian background, or due to overweight condition but anyways felt like an outsider, as a child.

Emma has openly talked about her sexual orientation, mental and physical issues that affected her as a child. She says that entertainment acted as an escape for her.

She has a sister named Katie Willmann Bread who is a Boston based art director.

She graduated from her grade school and high school from Bret.E Leach. Emma also graduated from Simmons College Boston with a master’s degree. She is also a graduate of George Stevens academy.

She has also enrolled in The New School Welcome Center.

Emma Willmann is known for being a fast riser among the American comedy community. Regardless of her very young career, she has already made a name for herself. Emma made her first-ever televised stand-up comedy debut on The Late night show with Stephen Colbert.

After the successful debut, she has gone to feature in the Netflix series of the comedy line up. Apart from being a stand-up comedian, Emma is also active as an actress.

She made her debut as an actress in 2018 with Crazy Ex-girlfriends. She is also in the HBO’s crashing where she plays herself.

This comdian was chosen as one of the top ten funniest women in NYC by Time Out New York.

Willmann has an estimated net worth of approx $1.5 million which she has successfully accumulated through her stand-up comedy career.

Emma doesn’t have any official scandals or rumors as of now. She is staying low about her personal matters as well.

Emma Willmann has blond hair with green eyes. Her height and weight are in average size.